First Minister Nicola Sturgeon spoke at a breakfast briefing in Mansion House in London, promoting Scotland as a place to invest and do business.

At The Times CEO Summit later that day, the First Minister said in her speech:

…what I can say without a shadow of a doubt is there is already a northern powerhouse in the UK and it’s called Scotland.

We’re already the most prosperous part of the country outside of London. And we’ve got the people, the natural resources, the research base and the international reputation to achieve greater success in the future.”

You can read the full speech at The Times CEO Summit here.

On Monday the First Minister announced record inward investment in 2014/15, during a visit to Prestwick-based UTC Aerospace Systems

Inward investment projects increased by almost 17% to 91 projects in 2014/15 while the jobs created or safeguarded rose by almost 30% to 9659. The figures highlight how Scotland’s outstanding international profile is a key factor in attracting inward investment across a range of priority sectors, including technology and engineering, oil and gas, financial and business services and also energy, food and drink, and life sciences 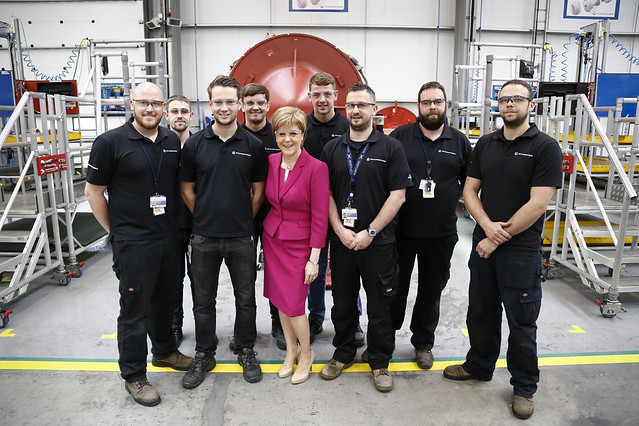 These findings reinforce the results of the EY Attractiveness Survey published earlier this year, which named Scotland as the most attractive place in the UK to invest outside London.