The First Minister, who is patron of the team, congratulated the players and coaching staff on making it to their first ever major international tournament – this summer’s European Championship. She also wished Head Coach Shelley Kerr and the rest of the team well in their campaign to qualify for the World Cup in 2019.

Minister for Public Health and Sport Aileen Campbell also attended the reception, which was held the day before the team’s next qualifier, versus Albania in Paisley.

#SWNT | Ahead of tomorrow's match the squad were welcomed to a reception with team patron, @NicolaSturgeon: https://t.co/xxfYadZBea pic.twitter.com/HMjSrRl0L6

“I was delighted to host this reception for Shelley and the women’s national team to recognise their success. Following the courageous but heart-breaking performance at the European Championships in the summer – their first ever appearance at the a major international tournament – I wanted to wish them well for the World Cup qualifiers.

“We’ve started this campaign strongly and I am sure Shelley and the rest of the staff can lead this talented team to France. They are inspiring role models and I am incredibly proud to be the patron.

“Interest in the women’s game has never been higher, and I am determined the Scottish Government supports that. We want women and girls of all ages to be inspired to kick a ball and for men and women to attend games. I hope the whole of Scotland roars the team on to victory against Albania, and in the remaining fixtures.” 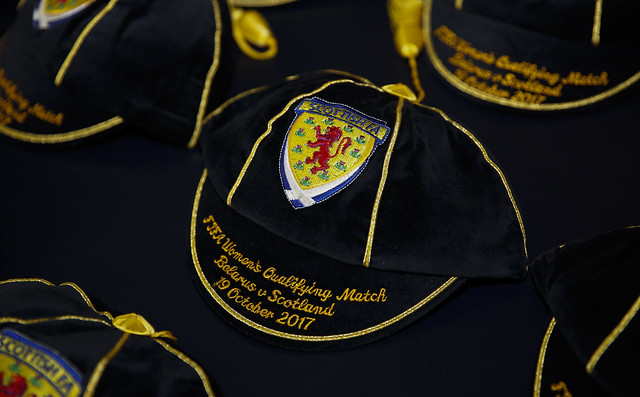 The challenge is bigger and better

The First Minister at the Edinburgh Book Festival