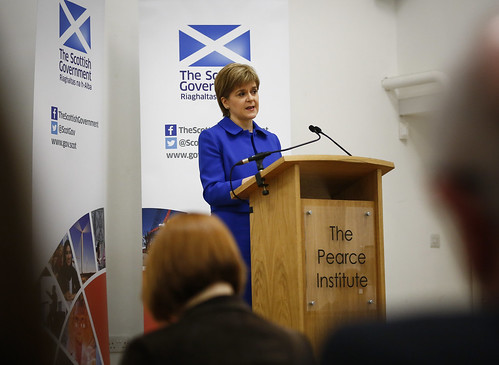 Speaking alongside director of Liberty Shami Chakrabarti at the Pearce Institute in Govan, home to Mary Barbour who 100 years ago this week led the Glasgow rent strikes, the First Minister highlighted how the Scottish Government strongly opposes any attempt to scrap the Act or withdraw from the European Convention on Human Rights.

The First Minister said that the Scottish Government will not grant the consent needed by the UK Government in any attempt to repeal the Human Rights Act.

“Responsibility for the Human Rights Act rests solely with the Westminster parliament, but European Convention rights are embedded into the devolution settlement and human rights itself is a devolved issue.

“That means that any attempt to repeal or amend the Human Rights Act is likely to require the legislative consent of the Scottish Parliament.

“It is inconceivable – given the breadth of the support which the Human Rights Act commands across the Scottish Parliament – that such consent would be granted. The Scottish Government will certainly advocate that it is not granted.

“The Scottish Government will also oppose any weakening of human rights protections – not just in Scotland, but across the whole of the UK. Human rights, after all, are not English, Scottish, Welsh or Northern Irish rights. They are universal rights.”

“The First Minister of Scotland shows international leadership today. She vows to defend the Human Rights Act, the European Convention on Human Rights and the vulnerable against the powerful everywhere – including refugees. Her message leaves no room for doubt. Policies of divide and rule must not succeed in stripping us of our universal rights and freedoms.” 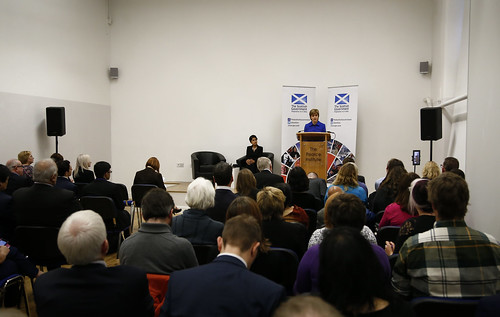 Following the speech, the First Minister and Shami took part in a lively Q&A session with the audience, with around a dozen questions from members of the audience. 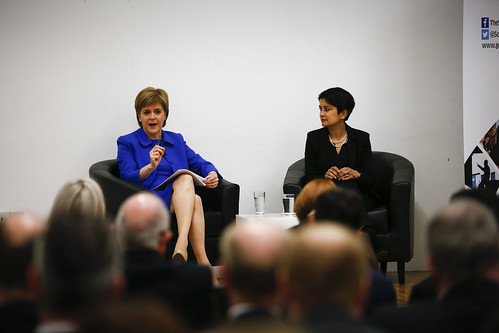 It was fantastic to see so many people get involved from the audience, but also on Twitter where the hashtag #SaveOurHRA saw a flurry of activity from a range of voices.

And great to hear @OfficialSYP ask @ScotGovFM if she would incorporate the #UNCRC in Scotland. #saveourHRA

We agree with @ScotGovFM that ECHR rights are founding principles of any civilised society. So are children's UNCRC rights. #saveourHRA

You can read the full speech here

Watch the video of the vent here