The First Minister visited North Ayrshire to officially open the new Largs Campus – as the total number of new or refurbished school buildings exceeded 750 since 2007.

More than 750 schools have been rebuilt or refurbished since 2007. FM @NicolaSturgeon opened Largs Campus today. pic.twitter.com/BJCJVRs0sB

What an amazing morning at our fabulous Largs Campus. There were songs, smiles, selfies and speeches as @ScotGovFM formally opened this world-class facility. It really was a day to remember for the young people. https://t.co/kCFJeRD3pJ pic.twitter.com/goug7tcMYg

The First Minister visited all four parts of the campus to meet pupils and staff, before taking part in an official ceremony which included a performance from the campus choir. 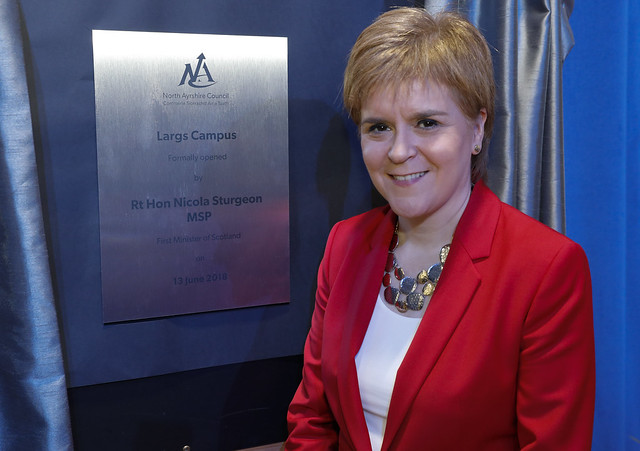 The Largs Campus building project received funding through the Scottish Government’s Schools for the Future programme. Beginning in 2009, Schools for the Future, is investing more than £1 billion to deliver 117 new schools. 87 of those are now open – with the rest due to be completed by 2020.  When combined with the number of schools built and refurbished by local authority partners – more than 750 schools will have been rebuilt or refurbished since 2007.

I am delighted to officially open the tremendous new Largs Campus buildings. It’s clear to see that the pupils and staff are all enjoying and benefiting from their new learning environment.

“This is just the latest of the long list of schools now rebuilt or refurbished, with a hat-trick of High Schools open today. That’s a reflection of the importance of education as this Government’s number one priority.

“What’s more, not only do these new schools provide enormous benefits for the education of our children and young people, they also help the local economy with jobs and apprenticeship opportunities during construction, and will serve the wider community now that they are open.