The latest stop for the Cabinet this summer was in Oban; after the Cabinet met, a public discussion to a packed hall followed.  These are some of the highlights of the day.

Read the text in Gaelic

First Minister Nicola Sturgeon’s day started off with a bang when she was welcomed to Oban High by the school’s pipe band. 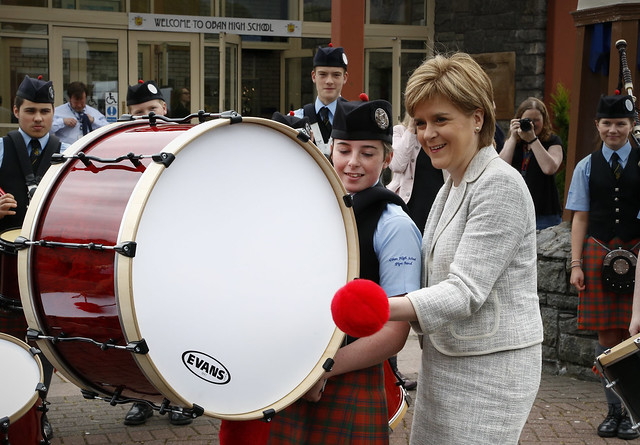 The First Minister, who was  joined by Minister for Youth Employment Annabel Ewing, announced funding to help around 22,000 more young people from low income families to stay in education. While in the school she visited their hair salon, drama and English classes and heard about the popularity of a range of after school clubs. 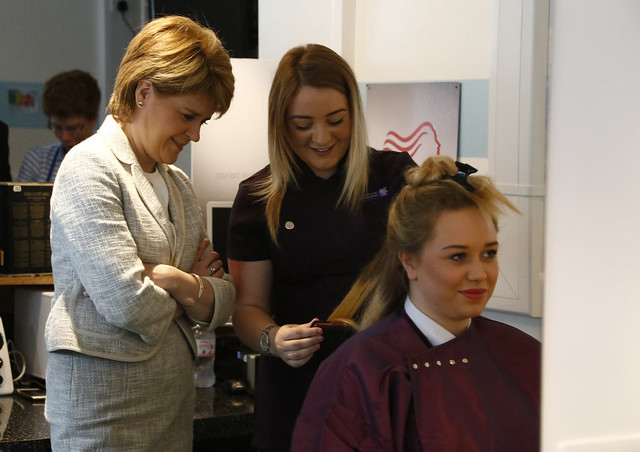 Rural Affairs Secretary Richard Lochhead was at the Stramash outdoor nursery to find out about their work on outdoor learning and supporting rural skills. He also announced extra funding for the Rural parliament – which first met in Oban last year. 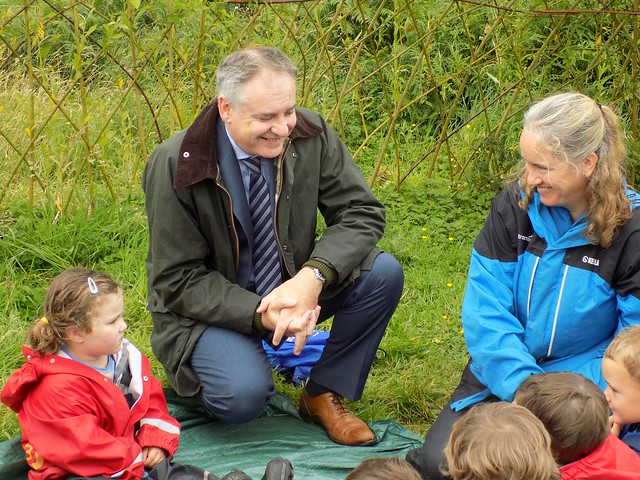 Next stop was the Phoenix cinema where the First Minister announced new funding for community led rural broadband initiatives, thanks to £9 million from the Scottish Rural Development Fund. 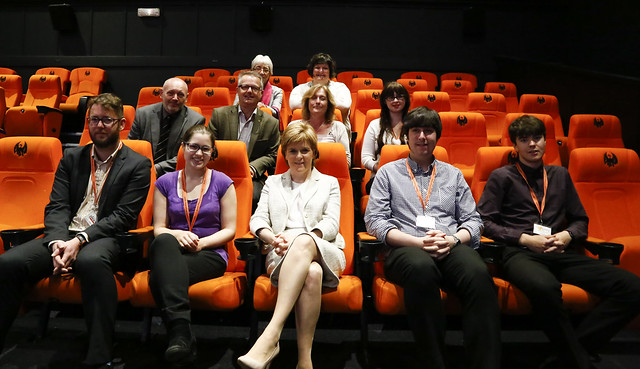 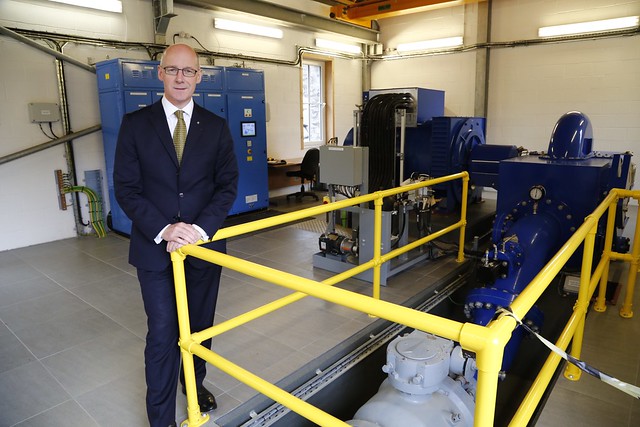 Dunstaffnage Castle was next on the agenda with a visit from Culture Secretary Fiona Hyslop, where she heard about the number of tourists and locals alike visiting over the summer.

Health Secretary Shona Robison had some fun  with a visit to Oban Community play park to hear about the difference Scottish Government funding of around £85,000 is making – with plans for a zip wire and a giant pirate ship!

.@shonarobison visits Oban Community Play Park as part of #obancab to see how £85k grant has been spent pic.twitter.com/3eNy2RS8I7

The FM’s third visit of the day took her to the home of Oban couple Mr and Mrs Binnie, where she heard how Scottish Government funding is helping people into much needed new homes. 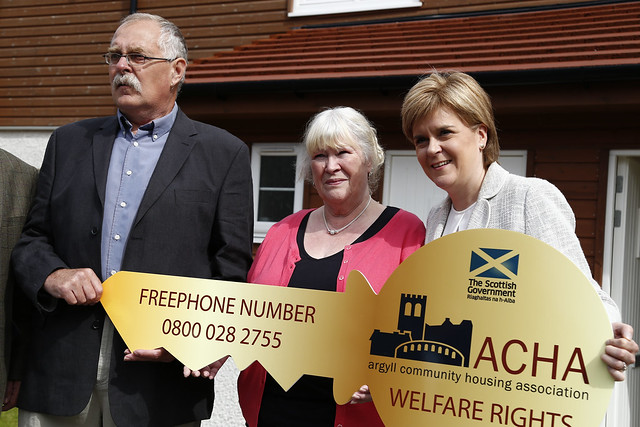 Local paper The Oban Times welcomed the First Minister to their offices in style.

She met staff and gave an interview for the paper that you can watch here:

Annabel Ewing was aboard the Calmac MV Clansman to announce that CalMac is now a living wage employer before it set sail for Barra . 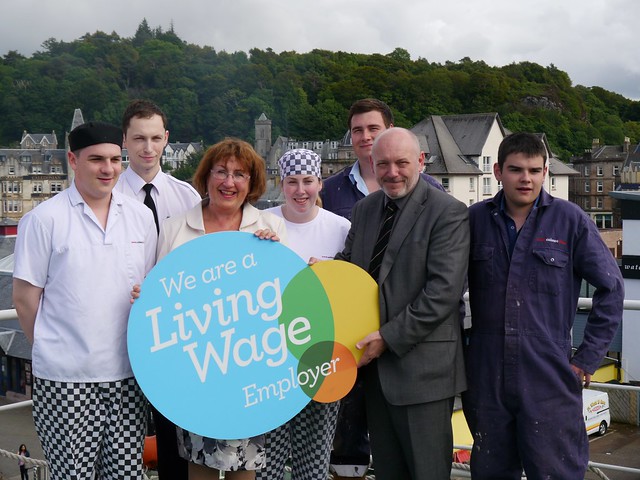 Staying with the economy theme the Deputy First Minister paid a visit to local life sciences company Xanthella Ltd to mark their signing of the Business pledge. 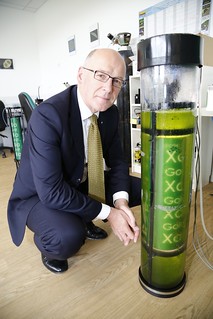 Justice Secretary Michael Matheson was at the local fire station to get a demonstration of their “cut it out” campaign, which aims to keep young drivers safe on local roads.

The Atlantis Leisure centre played host to a summit for children and young people, giving them the opportunity to put their views on the issues that matter to them to the Scottish Government, with a chance to speak to the FM, Education Secretary Angela Constance, Health Secretary Shona Robison, Culture Secretary Fiona Hyslop, Minister for Parliamentary Business Joe FitzPatrick and Permanent Secretary Leslie Evans.

Welcome to the Oban for the children and young people's summit#youthmeet pic.twitter.com/j7XC9JCIqI

The whole cabinet had their backpacks ready to do their bit for the Mary’s Meals backpack project to help give basic learning tools to children in countries such as Malawi.

The public discussion followed the Cabinet meeting, with questions from ferries and education to the health service and equalities. You can watch the Q&A here:

…after the public discussion the First Minister made a (non-political) proposal.  She delivered Paul’s proposal to Ian. Ian said yes!

…Paul (seen here on one knee) asked me to deliver his marriage proposal to Ian on his behalf 2/3… pic.twitter.com/5FIut5ljsf