The state-of-the-art facility brings together industry and technology providers to take concepts from initial inspiration to final implementation. 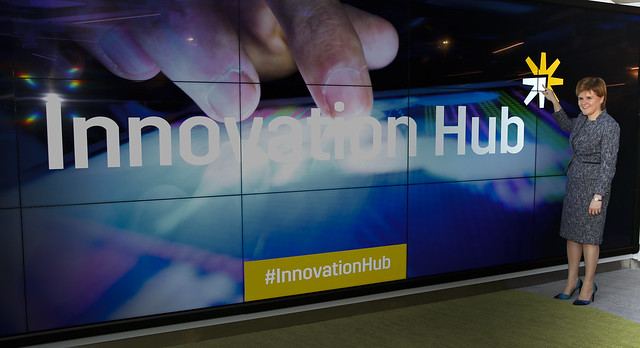 Accelerating deployment of new technologies, such as robotics and virtual reality, will help address challenges in the oil and gas sector.

In the last six months, working in partnership with industry, the Centre has approved investment of more than £12 million in 21 projects.

The Oil & Gas Technology Centre has made fantastic progress since opening its doors in February of this year. The new Hub aims to be the engine for innovation in the North Sea oil and gas industry.

The state-of-the-art facility will speed up deployment of new technologies to help unlock the full potential of the sector, and cement Aberdeen’s reputation as a global centre for innovation and technology development.

The Hub’s potential is being embraced by an ever-increasing number of companies. They recognise its important role in addressing industry problems and exploring how oil and gas technology can be adopted in other industries, such as renewables.