News around Scotland – Hitting the airwaves

Meetings of the Cabinet have been held in locations across the country to give people better access to First Minister Nicola Sturgeon and her top team. 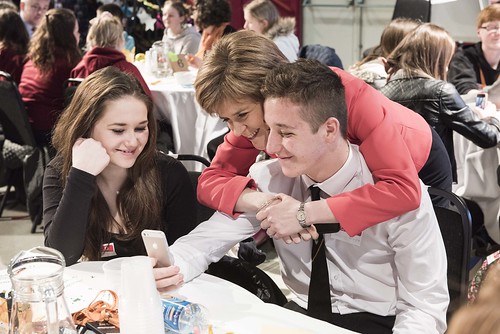 As well as hosting public discussion meetings, where local people can come along and quiz the Cabinet, the First Minister has been taking questions from local radio listeners on the issues that are affecting them.

As part of the first Cabinet on tour in Dumfries the First Minister took to the airwaves to become breakfast DJ for the day on local radio station Westsound FM.

The First Minister got to play some of her favourite songs. Her playlist included Wham’s ‘Wake Me Up Before You Go Go’ – a favourite during her teenage years – and ‘Let it Go’ from the film Frozen – her niece’s current top tune.

When the Cabinet met in Aberdeen the First Minister joined the breakfast show at Northsound 1, where she also took questions from listeners.

We've got a new member of the team today on Greigsy at Breakfast! None other than the First Minister @NicolaSturgeon! pic.twitter.com/2rThMgCV5P

They even had their own version of First Minister’s Questions where the tables were turned and the FM quizzed listeners for the chance to win in the stations ‘£1k minute’ competition. 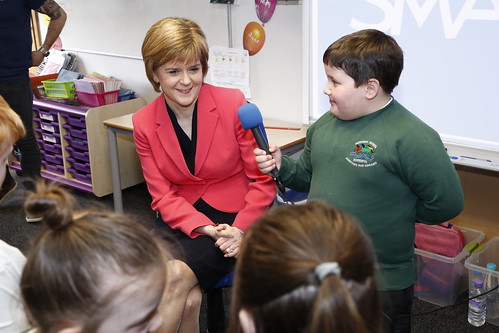 As part of the Cabinet’s visit to Inverness the First Minister faced tough interview questions by budding radio journalists from Merkinch Primary School!