The First Minister launched a new economic strategy for the Scottish Government. 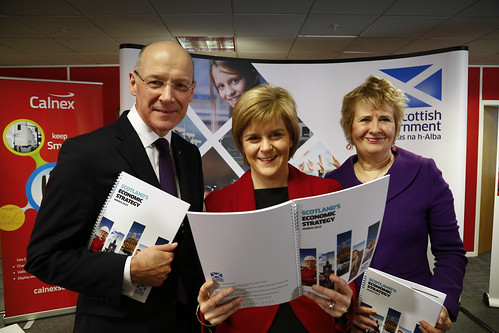 The plan sets out ways that by becoming a fairer society, we will also become a more productive and more prosperous economy.

The First Minister, Deputy First Minister and Cabinet Secretary for Fair Work launched the strategy on a visit to a successful Scottish business, Calnex Solutions in Linlithgow.

Calnex are a Scottish owned company that tests equipment for the telecommunications industry. 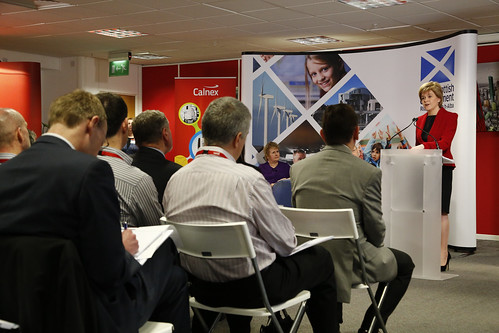 Ministers met Calnex Chief Exec Tommy Cook who has driven the company to success over the last ten years. They are now world leaders in what they do and export 95 per cent of their business! 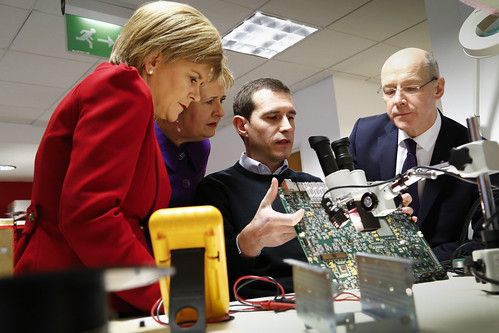 The strategy focuses on four main themes – Investing in our people, Innovation, Inclusive Growth and Internationalisation.

FM @NicolaSturgeon: "it is time to stop inequality from holding us back. We must help individuals and companies to flourish."

The strategy shows that relatively small changes in Scotland’s long term economic performance can have important implications for output and employment.

For example increasing Scotland’s total factor productivity by just 0.1 percent per annum could boost GDP by 1.3 per cent and in turn boost employment by 11,000 and tax revenue by £400 million a year after 10 years.