First Minister Nicola Sturgeon attended the opening of the first Korean Honorary Consulate in the UK outside London.

The Consulate will be based at the offices of law firm Gillespie MacAndrew. Derek McCulloch, a partner in the firm, was appointed as the Honorary Consul. 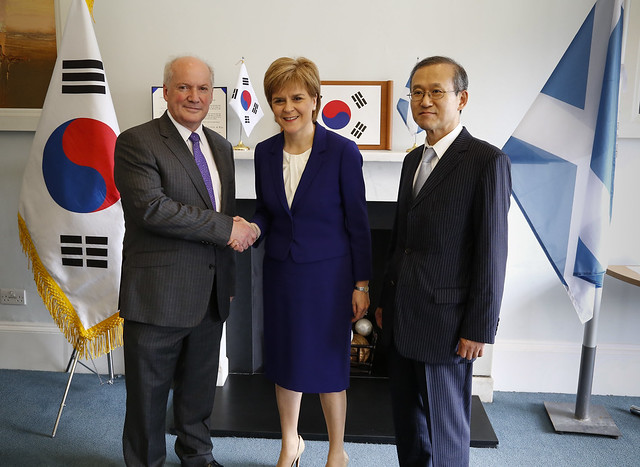 Sungnam Lim, UK Ambassador for the Republic of Korea, joined the First Minister in welcoming the appointment as testament to the flourishing relations between Scotland and Korea.

The First Minister and Derek also had the chance to speak to veterans from the Korean War, which began 65 years ago last week. 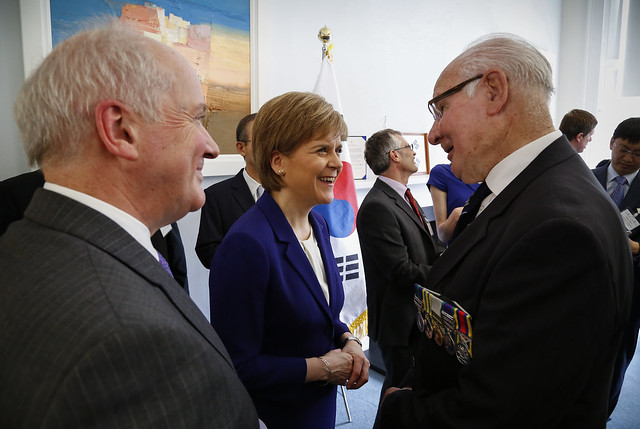 The Republic of Korea is the 56th country to be represented in Scotland.