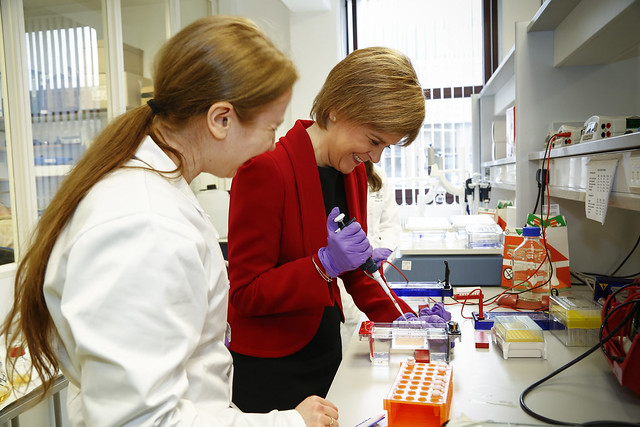 The FM and DFM met Dr Will Shu and his team, inventors of a 3D bio printer, who are a step closer to being able to print organs for transplant or to replace animal testing.

Earlier in the month the First Minister set out how a focus on innovation could be a key way to further boost Scotland’s economy. 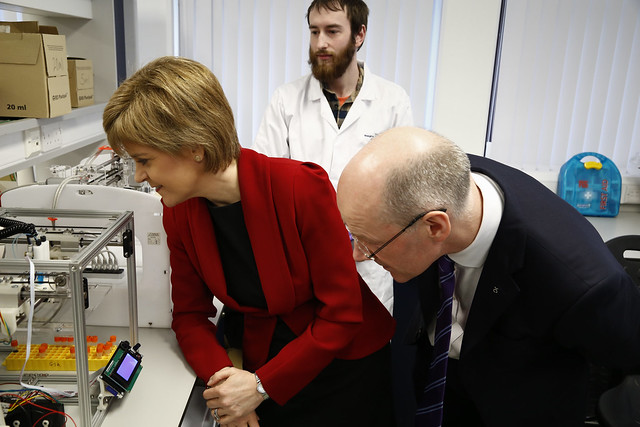 The visit comes as figures published on public sector revenue and expenditure show that over the past year, Scotland’s fiscal position improved from a deficit of 9.7 per cent to a deficit of 8.1 per cent of GDP, despite record capital investment in the North Sea lowering oil revenues.

“On average, Scotland paid £400 more in tax per person to the UK Treasury than elsewhere in the UK last year.

If Scotland was able to retain and reinvest all the proceeds of improved economic performance, through holding greater economic powers, the overall positive impact on GDP, employment and tax revenue would be significantly increased. 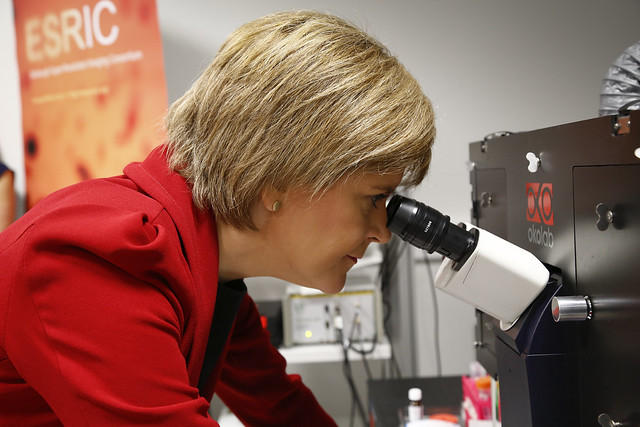 For example, increasing Scotland’s total factor productivity by an additional 0.1 per cent a year over a ten year period could boost GDP by 1.8 per cent, employment by 29,000 and tax revenue by £700 million.

“If we held the levers of our economy in our own hands and were able to invest according to our own priorities, we could make a very significant positive contribution to growing our economy.”