The First Minister wants to make sure that no child is left behind in class.

While attainment in Scottish schools is good, and improving, there are still lessons we can learn.

To make sure that we listen to the people involved to find out what is working and what isn’t the First Minister visited Castleview Primary to meet pupils, teachers and parents. 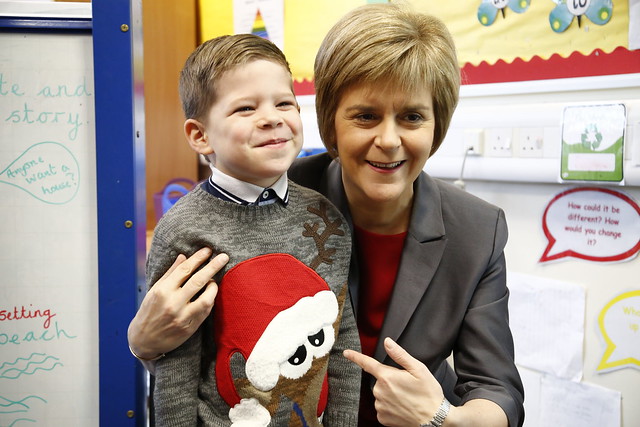 The campaign will build on the success of ‘Play, Talk, Read’ and ‘Bookbug’ which provide access to reading and educational materials to every Primary 1 child in Scotland.

It will be aimed at Primary 1-3 children and will have a focus on investment in our most deprived communities.

The First Minister spoke to the parents, teachers and children about what has been successful at the school to help inform the campaign.

The work at Castleview Primary had given the pupils lots of confidence – they even got the First Minister to take part in a country dance! 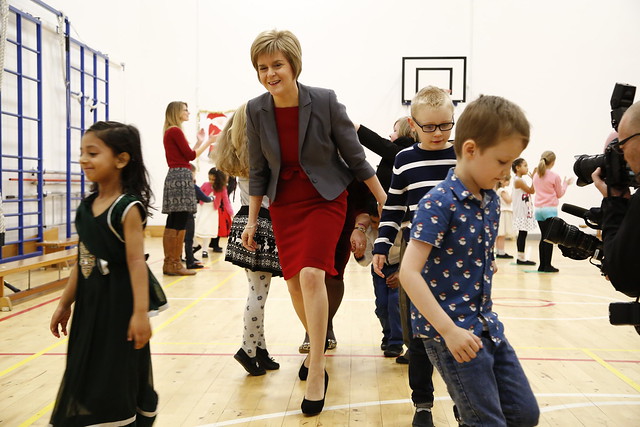 The First Minister’s aim is to give every child in Scotland, no matter their background, the best start in life, and improving educational outcomes is key to this.

She launched the Scottish Attainment Challenge, funded by more than £100 million over the next four years, during a visit to St Joseph’s Primary, Victoria Park Primary and Balgay Hill Nursery campus in Dundee. 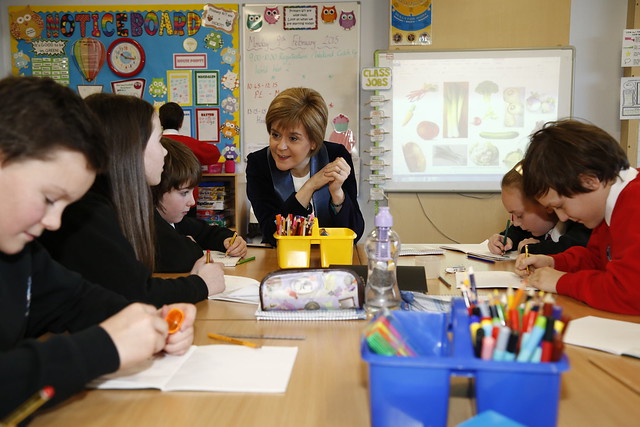 Joined by Education Secretary Angela Constance, the First Minister said the fund will initially target primary schools in Scotland’s most disadvantaged communities, with a focus on improving literacy, numeracy, health and wellbeing.

The money will support extra teachers, materials for classrooms or new out of school activities.

The First Minister believes that Scotland already has a good education system but more can be done.

“I passionately believe in a Scotland and in an education system that gives every young person – no matter their family background; no matter the size of their parents’ bank balance – the same chance to succeed and fulfil their potential.”

A song and a speech

The First Minister and Ms Constance were then treated to a rendition of the classic Dame Vera Lynn song ‘We’ll Meet Again’ by one of the classes carrying out a project on World War Two. 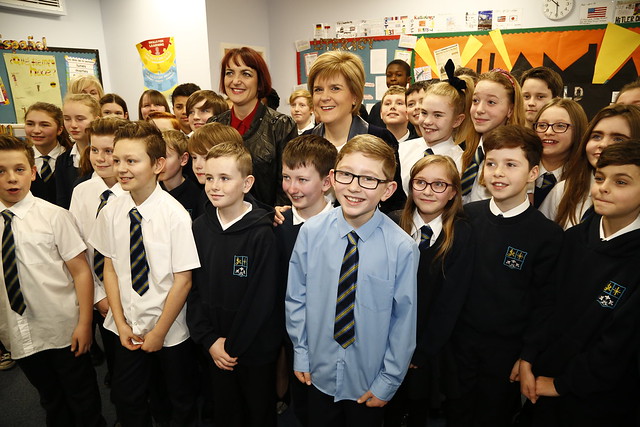 It was then upstairs to the Assembly Hall to address an audience of student teachers from Dundee University.

She added a good education is the most important gift we can give our young people, and encouraged them to build on the good work going on in an education system which is already a significant success story.

The video of the visit can be viewed here: