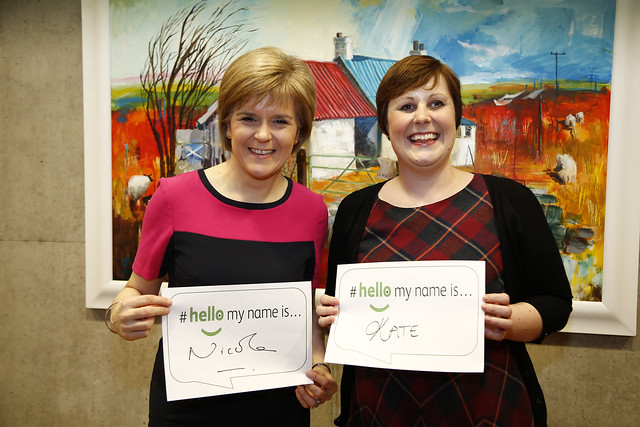 Dr Kate Granger visited the Scottish Parliament to talk about her massively successful campaign #hellomynameis. Dr Granger, a 31-year-old hospital consultant, began the campaign while she was being treated for cancer as she felt frustrated by staff who failed to tell her their names.

Following Dr Granger’s visit, the Scottish Government announced a cash boost of £40,000 for NHS boards across Scotland to roll out the campaign.