Home » People » Heartfelt thanks to Scotland

Heartfelt thanks to Scotland

Mohammad suffered serious injuries as the result of a gas explosion in his home in Pakistan when he was three months old. Tragically, he lost all of his immediate family in the accident. 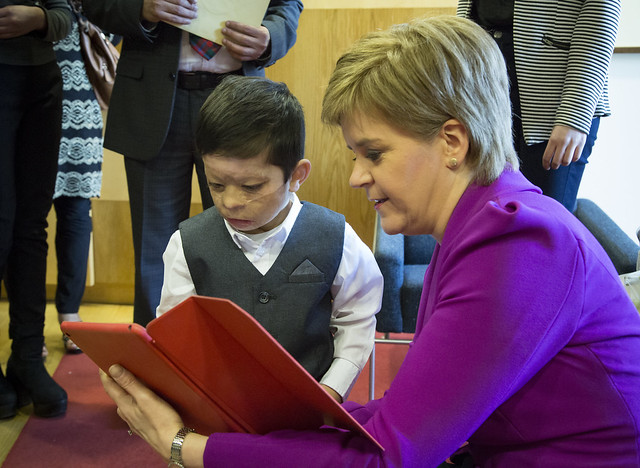 With the help and support of the Scottish Government, NHS Scotland and the wider community, Mohammad was brought to Scotland to receive treatment in Glasgow. He now lives in Scotland with his uncle and family.

“He was only under three months when he arrived here so he will be a pure Scottish boy. Our biggest hope for him is that once he’s growing up and he’s a big man, he will contribute back to Scotland – because Scotland gave him a second chance at life.”

“Mohammad has come through a lot for one so young, but he is clearly a determined and strong wee boy and it was fantastic to meet him in person.

“He had such a traumatic and tragic beginning to his life, but with the love and support of his family here in Scotland and the wider community he is doing really well.

“I was delighted that we were able to help Mohammad and his family when they needed it most and the welcome he received in Scotland was absolutely outstanding.

“Our health services are among the best in the world and it is great to see that expertise helping a young boy like Mohammed make a new life for himself in Scotland.”