The First Minister lit the Giant Menorah in St Andrew Square in Edinburgh as part of the 10th annual Scottish National Hanukkah celebration. 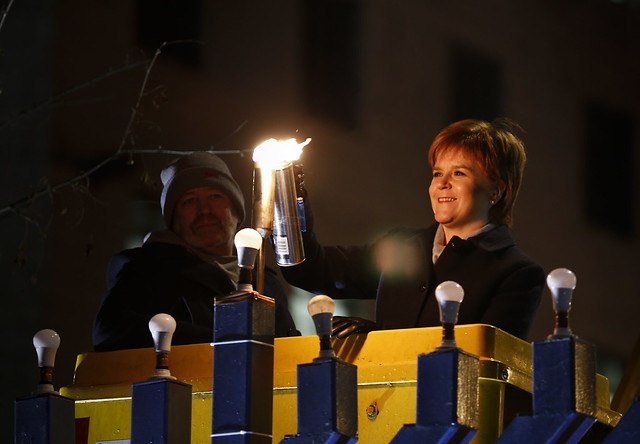 The First Minister then joined with members of the Jewish community where she delivered a short speech, underlining the important influence of the Jewish faith on Scotland.

Scotland believes in equality for all people – whoever they are, wherever they are from and whatever they believe. The Scottish Government recognises and greatly values the substantial and enduring influence of the Jewish faith on Scotland’s people and culture. I wish the Jewish Communities in Scotland and across the world a peaceful and happy Chanukah – Chanukah sameach.”

The following day the First Minister met with Chief Rabbi Ephraim Mirvis and other members of the Jewish community at the Scottish Parliament. 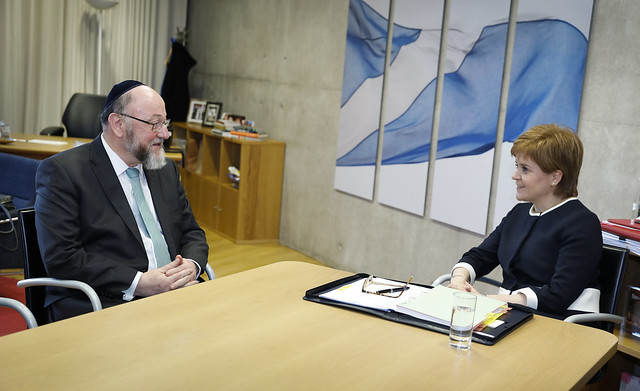 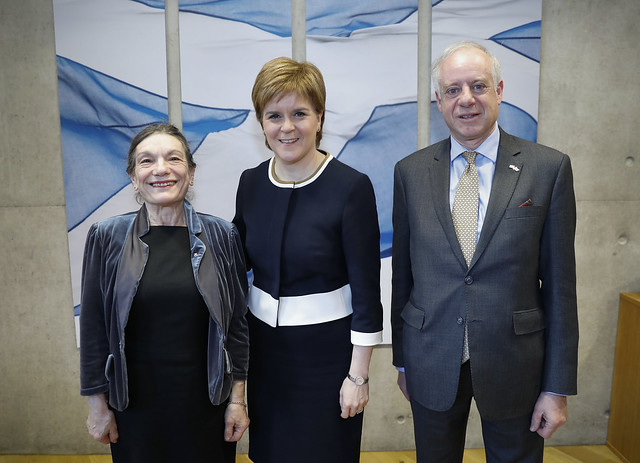