Active pharmaceutical ingredients (APIs) for use in GSK’s Ellipta respiratory inhalers will be produced in the building which is the second multi-million investment in the Montrose site over the last two years. 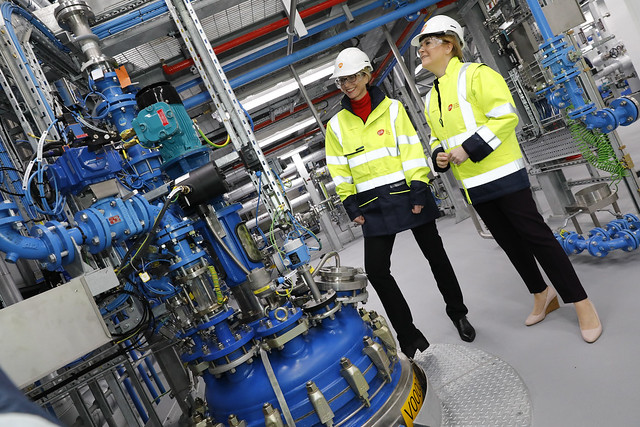 This new facility is testament to GSK’s commitment to Montrose and reinforces the region’s position alongside Singapore as the two sites producing APIs for all of GSK’s Ellipta respiratory inhaler portfolio.

“Scotland has a thriving life sciences community making a significant contribution to the quality of care and health of people in Scotland and around the globe. This immensely innovative sector provides huge economic benefit to Scotland and, with a highly skilled workforce, makes us well placed to take advantage of the economic opportunities from innovation and technological change.”