The latest Cabinet meeting was held in Greenock, where members of the Cabinet visited a wide range of projects across the area and held a public discussion.

First Minister Nicola Sturgeon started her day in Greenock at Ocean Terminal Passenger Terminal, where she met volunteers from the Inverclyde Tourist Group who welcome tourists and cruise passengers to the area. She also heard about record numbers of passengers coming through the terminal and the benefit to the local economy.

While there, the FM announced £30m funding earmarked to boost the cruise liner terminal through the City Deal, encouraging further tourism and jobs in the area.

In a further boost to tourism, the FM joined power-boat enthusiasts at James Watt Marina, where she welcomed the news that Inverclyde Council will host the international powerboat grand prix next year.

Following this, the FM joined Social Justice Secretary Alex Neil to meet two Afghan families who were re-located to the UK through the British Forces Interpreter Programme. The families have resided in Port Glasgow since April 2015 and the FM heard how they have integrated into life in Scotland and the welcome they have received from the local community.

The Deputy First Minister visited Ferguson’s Shipyard, where he announced a £1 million investment to create 100 new jobs, and met with employees at the organisation. 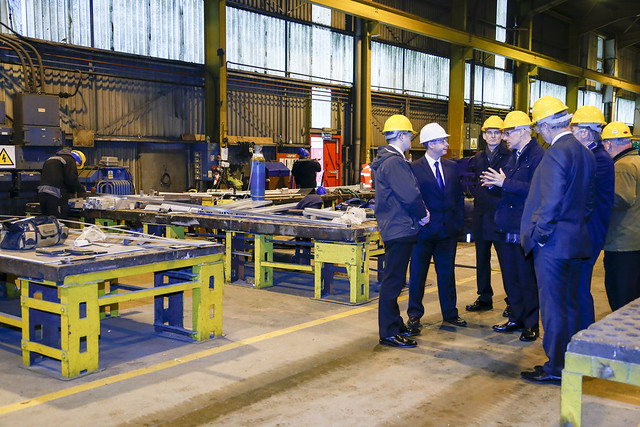 Education Secretary Angela Constance visited Kings Oak Primary School, where she heard how the school has received funding through the Attainment Challenge Fund and the support on offer to pupils. 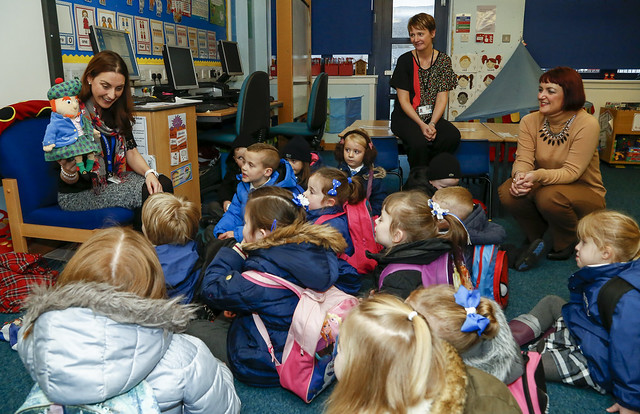 Social Justice Secretary Alex Neil visited CVS Inverclyde, which benefited from £60,000 funding from the Town Centres Communities Capital Fund, and Oak Tree Housing Association, to find out more about how the Welfare Reform Resilience Fund will help with an affordable furniture project for those most in need.

Health Secretary Shona Robison met with young carers in Gourock, where they updated her on the issues facing them as care givers.

Big thanks to young carers for meeting me in Gourock today, lots of important issues raised #greenockcab pic.twitter.com/HA14gCYHww

Culture and External Affairs Cabinet Secretary, Fiona Hyslop, visited the oldest and the newest buildings in Greenock on the day. Her first visit was to St Fillans Church, built in the 11th century, and then on to the Beacon Arts Centre, where she heard about their new programme.

Later, the First Minister spent time chatting with Eric Baxter from the Greenock Telegraph, before hosting the Cabinet meeting at Greenock Town Hall

A packed public discussion followed the Cabinet. The Cabinet answered a record number of questions, with topics ranging from education and the health service to policing, job opportunities and equalities.

You can watch the full discussion here