First Minister Nicola Sturgeon has confirmed that the Scottish Government will continue to press the case to introduce minimum unit pricing and limit the sale of ‘deadly cheap’ alcohol. 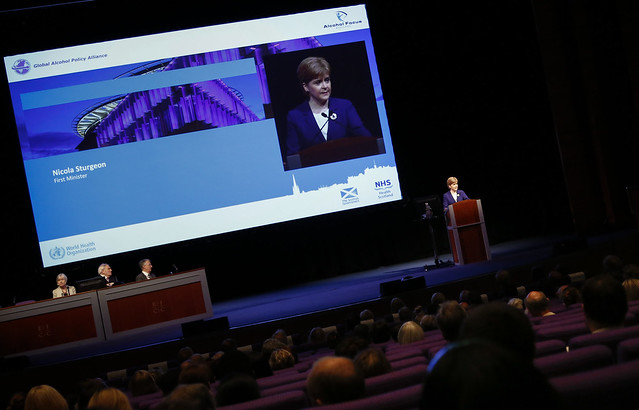 The First Minister was addressing the Global Alcohol Policy Conference and an audience of more than 400 leading health researchers and campaigners who have travelled to Scotland from more than 50 countries around the world.

““Those shocking statistics demonstrate all too clearly why minimum pricing is the right measure for Scotland to reduce the harm that cheap, high-strength alcohol causes our communities.”

.@scotgov praised for its “political courage” in trying to bring in minimum alcohol pricing http://t.co/r7yH9G656L pic.twitter.com/p9atXlPvnr

The Scottish Government’s policy on minimum unit pricing – which would target alcohol which causes the greatest harm – is currently subject to court proceedings.

Last month, the European Court of Justice’s Advocate General confirmed that minimum unit pricing is not precluded by EU law and can be implemented if it is shown to be the most effective public health measure available.

The Scottish Government will continue to make the case in the Court of Session when it returns there later this year.