FM visited @trafficscotland this morning to meet staff who are working hard behind the scenes & on the #FRB itself pic.twitter.com/6EQaOv0fSZ

The First Minister and Transport Minister Derek Mackay met staff who were monitoring road networks across Scotland as well as those taking care of our emergency services. 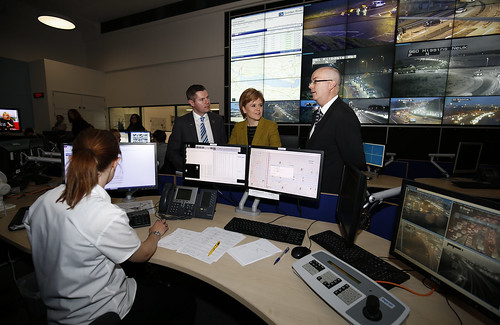 The First Minister also met engineers who have been working on the bridge itself and received a briefing on the state of the repairs. 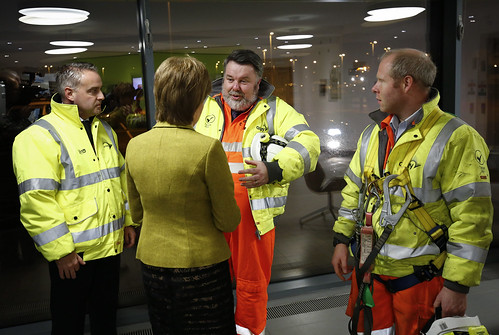 “It was important to me to come here today to see first hand the work that has been done and is being done since the decision to close the bridge was taken.

“I have been in constant contact with people in the Control Centre since Thursday night and we’ve taken all the appropriate steps and made sure that work has been done to put in place the contingency traffic and transport plans.

“I wanted the opportunity to thank staff who have been working round the clock and also to thank the travelling public who are showing a great deal of patience. I know how disruptive this is to people’s everyday lives and we are working hard to minimise disruption and get the bridge open again as quickly as possible.

“The work that was being done over the weekend by Stagecoach, ScotRail, Transport Scotland and by police and other emergency services has meant that we have been able to minimise disruption as much as possible.

“I would encourage people to think about car sharing, to think about bus journeys and to think about, as many people are already doing, staggering their journeys so we can try to cut down these peak points of congestion as much as possible.

“I’d like to, once again, extend my sincere thanks to people that have been working on getting the repair done and behind the scenes so the bridge can open again.”

Transport Scotland, Amey, Stagecoach and ScotRail have all been working hard to make sure that their extra measures have been put in place.

Additional measures at a glance: