The meeting took place on Martha’s first visit to the Scottish Parliament since taking up the role in May. 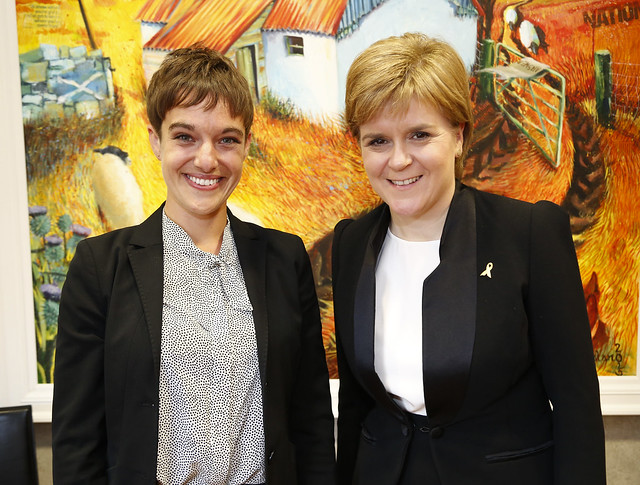 “It was a pleasure to meet Martha for the first time today to continue the strong working relationship between the Scottish Government and Liberty on human rights and civil liberties.

“The Scottish Government fully supports the European Convention on Human Rights and the Human Rights Act – we want a modern, inclusive Scotland that protects and respects everyone’s fundamental human rights.

“With Brexit, there’s a real fear we could go backwards and that the rights and protections built up over decades could be eroded by the UK Government. Human rights are at the heart of everything we do and we’ll continue to work with Liberty to ensure Scotland remains a progressive country that gives effect to human rights at home and promotes them around the world.”

Martha Spurrier, Director of Liberty, said: “Following the turbulence of recent months, the Scottish Government’s staunch defence of the Human Rights Act is more vital than ever. We look forward to working with them in the crucial months and years ahead to prevent any attempts by the UK Government to dilute our hard-won equality and human rights protections.

“We will also continue to hold the Scottish Government to account for their own record on civil liberties and ensure they adhere to the human rights standards they seek to uphold.”