The First Minister met with the Japanese Consul General Mr Daisuke Matsunaga at the Scottish Parliament this week. 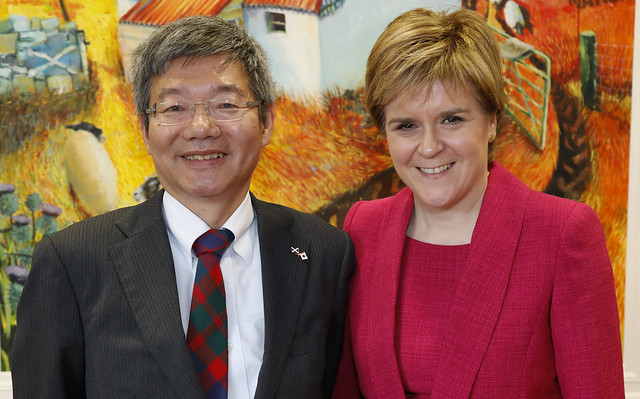 This was the first formal meeting between the Consul General and the First Minister and was a chance for them to discuss shared interests between Japan and Scotland.

They also highlighted the success of the recent visit by the Cabinet Secretary for Culture and External Affairs, Fiona Hyslop, to Tokyo and Nagasaki.