They discussed the positive impact the new routes would have, including supporting 3,750 jobs. The First Minister also used the meeting to reiterate the government’s commitment to reducing, and eventually eradicating, Air Departure Tax. 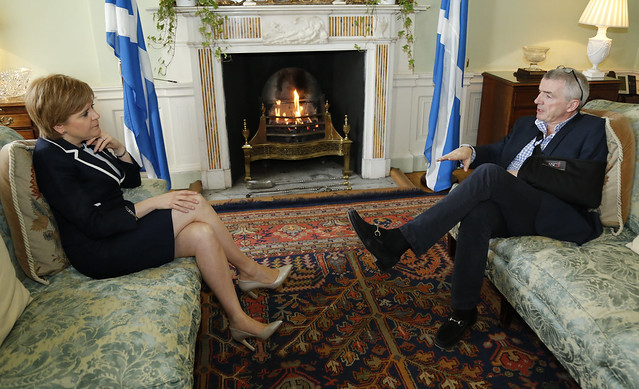 After the meeting, the First Minister said:

This investment from Ryanair shows the confidence that businesses rightly have in Scotland’s growing economy. This government is continuing to work hard to ensure Scotland remains an appealing and prosperous place to do business, despite the UK Government dragging its’ heels in guaranteeing any protection for companies in the face of an impending hard Brexit.

“We are committed to delivering a 50% reduction in the overall burden of Air Departure Tax by the end of this Parliament and abolishing the tax entirely when resources allow. This is a fundamental component to boosting Scotland’s international connectivity and helping to generate sustainable growth – which is particularly important given the EU referendum result.”