The First Minister and Councillor Matheson met with Ian and Tracy – some of the first residents to move into the re-fitted Athletes Village.

The Dalmarnock, site was home to around 7,000 competitors and officials during the Glasgow 2014 Commonwealth Games.

After a retrofit that began shortly after the Games, the Athletes’ Village has now become a residential community with 300 private homes, 400 homes for social rent and a new 120-bed care home for the elderly on the 38.5 hectare site. 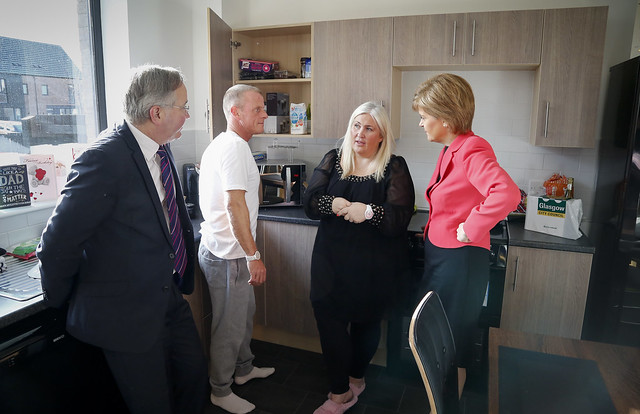 Ian and Tracy and their family have moved into their new social rented home and are excited to be part of the new community …. as well as trying to find out which athletes have stayed at their home!

The First Minister said: We all enjoyed the Games – it was a fantastic celebration of sport. But we were determined it would be more than that, and this new community that’s has been born here in the East End of Glasgow is a very visible sign of the legacy. 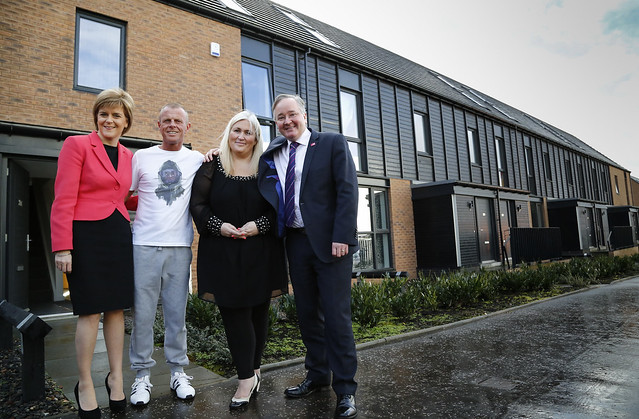