The First Minister confirmed at a press conference at Bute House that the Lord Advocate – Scotland’s most senior law officer – will lodge a formal application to intervene in the UK Government’s appeal to the Supreme Court on the triggering of Article 50. 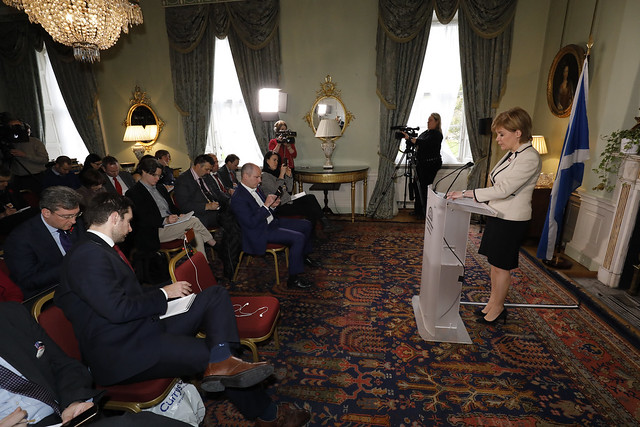 The outcome of the High Court’s decision is that the UK Government must seek the permission of the UK Parliament before it can trigger Article 50. The Scottish Government believes that The Scottish Parliament should also be formally consulted.

Legislation should be required at Westminster and the consent of the Scottish Parliament should be sought before Article 50 is triggered.”