Scotland has made huge advances in renewable energy and the First Minister went to visit Whitelee Windfarm near Glasgow to see the work going on there.

It was her first visit to a windfarm and, while there, she officially opened ScottishPower Renewables’ new £1 million control centre which monitors almost 1,000 wind turbines that power more than 740,000 homes. 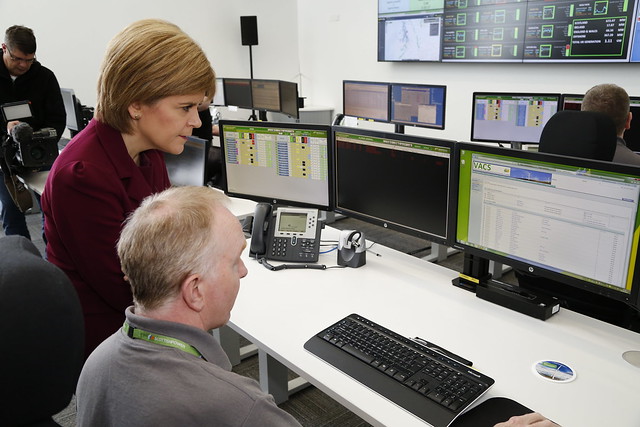 Joining the First Minister at Whitelee was the chairman of Iberdrola and Scottish Power, Ignacio Galan.

Ahead of the visit, the First Minister called on the UK Government to increase its ambition to develop offshore wind.

The First Minister pointed to the fact that Scottish wind power is now substantially cheaper than nuclear and believes now is the time for greater ambition.

She insisted the UK Government act immediately to provide confidence to the offshore wind industry and ensure there is sufficient budget to support large-scale projects and continue cost reduction.