First Minister Nicola Sturgeon visited Stornoway for the official opening of Lews Castle and undertook a number of engagements while in the town.

To start the day, the First Minister launched the art centre An Lanntair’s programme of events to mark International Women’s Day. 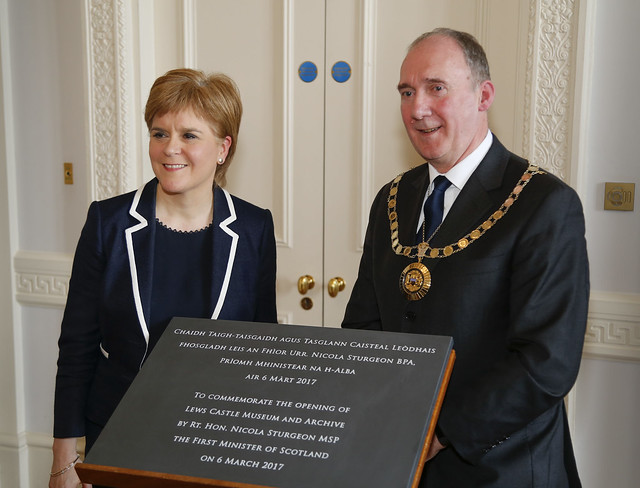 The Castle has been fully restored to its former glory and now houses the new museum which is home to six of the world famous Lewis Chessmen. 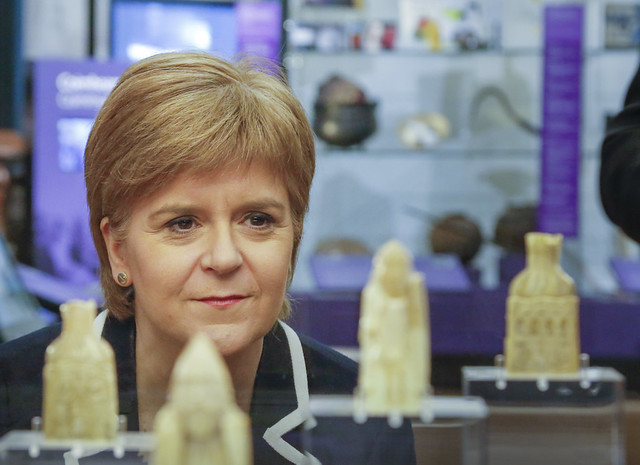 The Comhairle and its partners must be congratulated on developing what is now a beautiful venue for both local residents and visitors to the island to enjoy, telling the unique story of the islands in an amazing setting. It will also be a fantastic boost for the local economy, increasing tourism, creating jobs and bringing additional revenue to the islands.”

Before leaving Stornoway, the First Minister visited the Arseileach Centre which allows disabled adults to live independently in the community.