Home » People » First Minister tees up at the Scottish Open

First Minister tees up at the Scottish Open

First Minister Nicola Sturgeon was a spectator on the final day’s play of the Aberdeen Asset Management Scottish Open at Gullane Links.

Part sponsored by the Scottish Government through VisitScotland, the tournament is played the week before The Open Championship and is seen as the perfect warm up event for one of golf’s Majors. 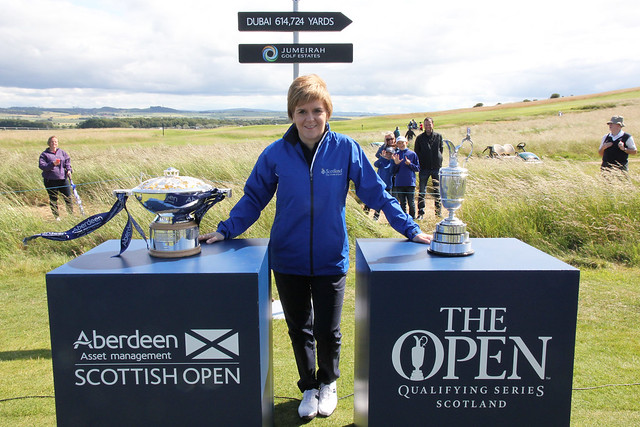 The First Minister caught up with Joseph Cookson and asked him how he got on playing with Ryder Cup star Graeme McDowell earlier in the week. You can read more about that here.

Nicola watched the last few groups tee off and followed a coupel of groups for a few holes, catching some of the wonderful views off the East Lothian coast.

She then visited the VisitScotland Home of Golf stand as well as that of Mindroom, the official charity for this year’s tournament, where she tried her hand at some putting. 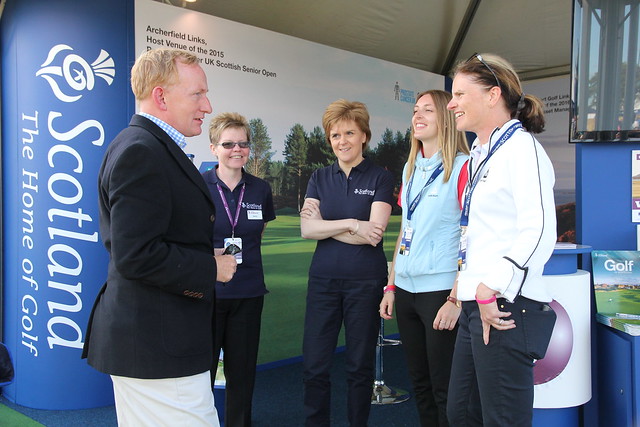 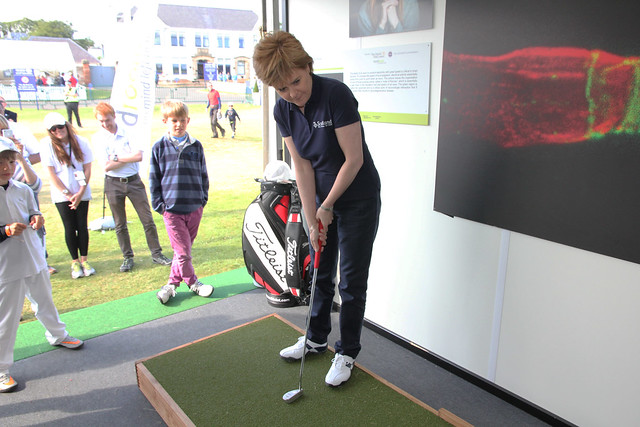 The First Minister then had the pleasure of presenting the trophy to this year’s winner Rickie Fowler who topped the leaderboard on 12-under-par. 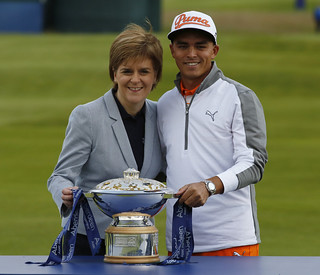 “The Scottish Open was a great success and is a great start to a month of big events in Scotland, which is the Home of Golf. Gullane provided a stunning setting for what was a fantastic week of golf, and I’m sure the sights of East Lothian will have impressed viewers across the world.

“I had the pleasure of taking in Sunday’s action and saw first-hand the work put in by everyone involved and I’m grateful to the club for hosting. I’d also like to thank all of the volunteers who helped to make the event run smoothly and look after the thousands of spectators who visited over the week.

“A world-class course played host to a world-class field and they served up a treat for everyone. My thanks go to all of them, particularly Rickie Fowler who was an extremely worthy winner.”