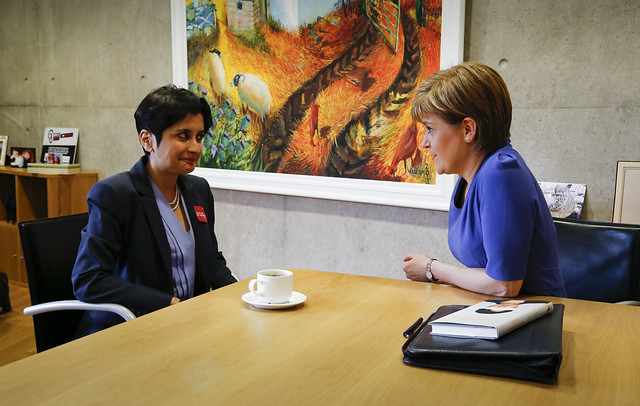 Following the meeting in the First Minister’s office in the Scottish Parliament, Nicola Sturgeon said:

“Scotland and the United Kingdom has a strong record on human rights – we should be safeguarding those rights while promoting our standards as a good practice model around the world.

“We’d prefer to be working with the UK Government to make the world a better place, rather than having to fight attempts to turn back the clock and weaken those rights.

“Today’s meeting with Shami emphasised the fact that human rights are universal. They are not the preserve of any nation or any legal system – they are for all of humanity.

“We share the view that current ill-considered attacks on the Human Rights Act threaten the rights of everyone across these islands and we will be working together to protect the Act into the future.” 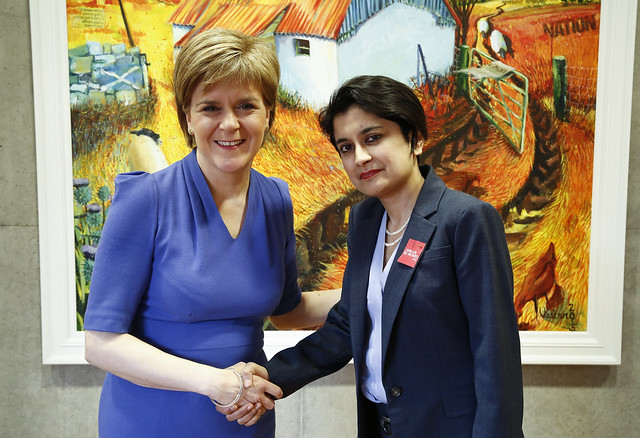 “It was an enormous privilege to meet the First Minister and hear her pledge to defend the rights and freedoms of everyone in the United Kingdom and beyond.

“I look forward to watching her continued contribution as well as that of her Westminster colleagues to promoting human rights in these difficult times.”