The Standing Council of Europe met for the first time in Edinburgh on 14 July 2016. 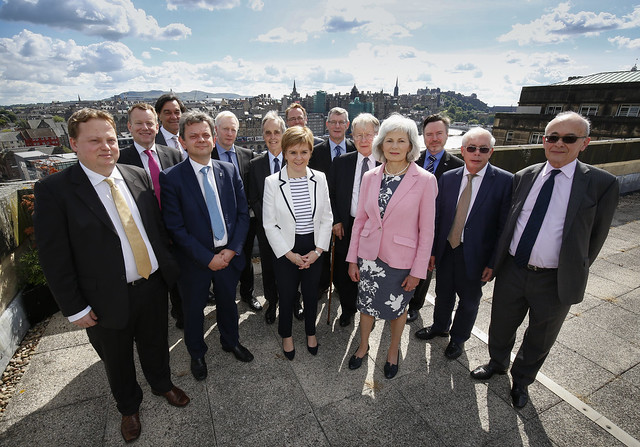 First Minister Nicola Sturgeon formed the Standing Council on Europe to advise the Scottish Government on securing Scotland’s relationship and status within the EU in response to the recent referendum result.

The expert group will be chaired by Professor Anton Muscatelli, and comprises 18 specialists in legal, European, financial, business and diplomatic matters.

The Standing Council will provide advice and information on how Scotland’s EU continued status can be best secured in the wake of the referendum.

The Scottish Government believes Scotland’s interests are best served by a continued place in the EU and will explore all options to secure Scotland’s position.

The Scottish Government’s overriding objective is to protect Scotland’s relationship with, and place in the European Union. The Standing Council on Europe will provide advice on how best to achieve those objectives.

“We now need to set out and evaluate all the impacts of the referendum result and all of the options open to Scotland to secure our relationship with the EU. The Council draws on a breadth and wealth of knowledge and experience, comprising specialists with backgrounds in legal, business, finance, economics, European and diplomatic matters. It will encompass a range of political and constitutional opinions, and think broadly beyond the confines of existing options or precedent.”

Professor Anton Muscatelli, Principal and Vice-Chancellor of the University of Glasgow, said:

“It is an honour to have been asked to chair this important group at this crucial time for Scotland. The Standing Council is made up of an expert panel of talented individuals from diverse backgrounds and perspectives and over the coming months we shall endeavour to offer clear and meaningful guidance to the Scottish Government as it seeks to ensure Scotland’s continuing relationship with Europe.”