An extra 500 Modern Apprenticeship places will be funded over the next year following a £3.8 million investment, First Minister Nicola Sturgeon confirmed today. 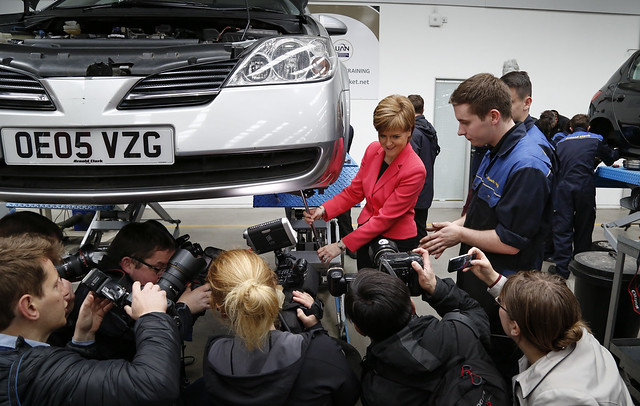 The First Minister met with some of the female apprentice mechanics at GTG Training which is owned by Arnold Clark, to highlight the opportunities open to young women to encourage them to consider roles traditionally filled by men. 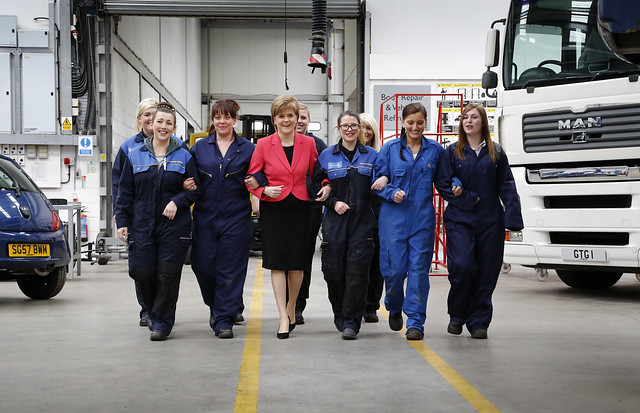 Arnold Clark has seen 160 apprentices starting this year – of which 31 are female. 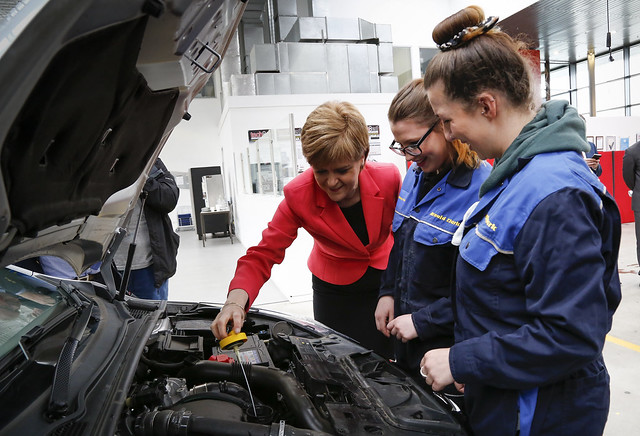 The First Minister met with 21 year old Nicole who is training to be a mechanic.

Nicole was originally studying beauty therapy but had always enjoyed working with cars so took the chance to train with Arnold Clark when the opportunity came up.

The best part about the course was proving that to myself and everybody that doubted me—girls can do it too, it is not just a male dominated environment.” 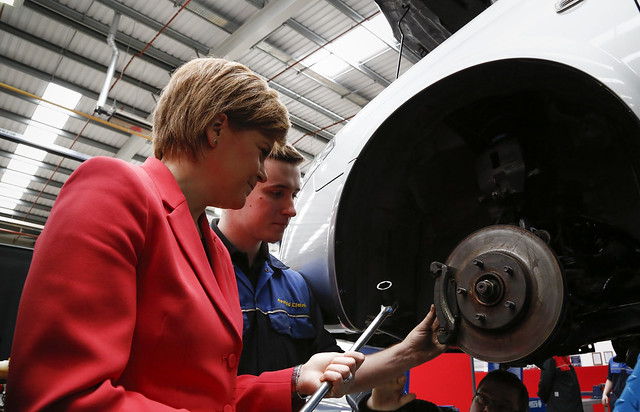 The 500 places – announced to mark the start of Scottish Apprenticeship Week – are the first step to expand Skills Development Scotland’s current apprentice programme from 25,000 to 30,000 by 2020.

We had a visit from @NicolaSturgeon today for #ScotMAWeek15 #Apprenticeships #GTG. https://t.co/ncjkgeuTi6

I want our young women – as well as our young men – to be inspired and supported to achieve whatever they want in life.”