The First Minister met with the Equalities and Human Rights Commission Board and Scotland Committee to discuss the implications of Brexit and devolution of powers to Scotland. There was also discussion about the fact that the Scottish Government is in the process of clarifying its advertising of all Government jobs which are suitable as being available for flexible working. The EHRC welcomed that move. 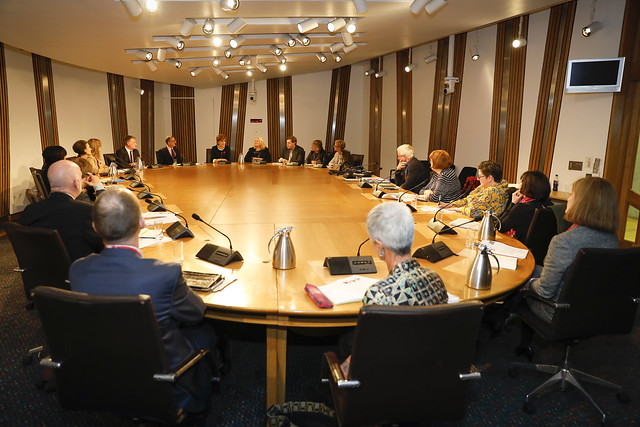 The Scottish Government warmly welcomes the role of EHRC as a critical friend. We are making major efforts and supporting flexible working for our staff, but there will always be areas where we can go further faster. We want to work with the EHRC to do that.

“I know that the EHRC has concerns about the implications of Brexit. We share those concerns – we believe that it is vital that Brexit doesn’t lead to any reduction in the rights and social protections that people in Scotland and the rest of the UK now take for granted. It’s a point we have continually made to the UKG.

“The Scottish Government also believes that Brexit reinforces the importance of the Scottish Parliament having greater powers over key areas which are connected to human rights. At the moment human rights issues are devolved to Scotland, but related areas – equality, migration, employment and social security – are not.

“As you know, human rights issues already a devolved matter, but in related areas – for example equalities, employment and social security, we have only limited or partial powers.

“In the coming months we will publish a series of papers setting out the case for further devolution in a range of areas, including immigration, social security and employment, arguing for a more comprehensive and coherent set of powers for the Scottish Parliament to protect rights and promote equality.

This is a really positive step and one that we called for in our Pay Gaps strategy released earlier this summer. The demands of modern family life means that for many people working 9 – 5 isn’t always the best option. Employers need to recognise this – to get the best out of your workforce flexibility is necessary. Equally for disabled people working full time may not be option.

“It’s a win win situation – the Governments attracts and retains talented people, more people from underrepresented groups can move into employment, lessening the damage to society that unemployment brings.”