Home » Uncategorised » Day four in the US

Day four in the US

Thursday is the fourth day of the First Minister’s trip and her second in New York. It might have also been her busiest one yet!

She started by visiting New York University TISCH School of the Arts to meet students from Scottish Ballet who are on an American exchange thanks to Scottish Government funding. 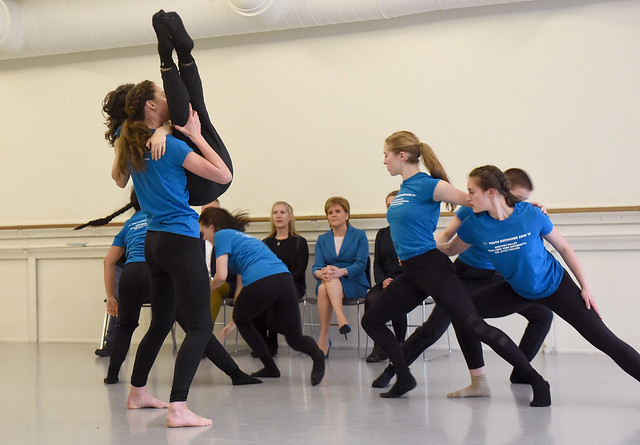 During the visit, she toured the school and was treated to a performance by the students, who also gifted the First Minister a beautiful tartan wrap. 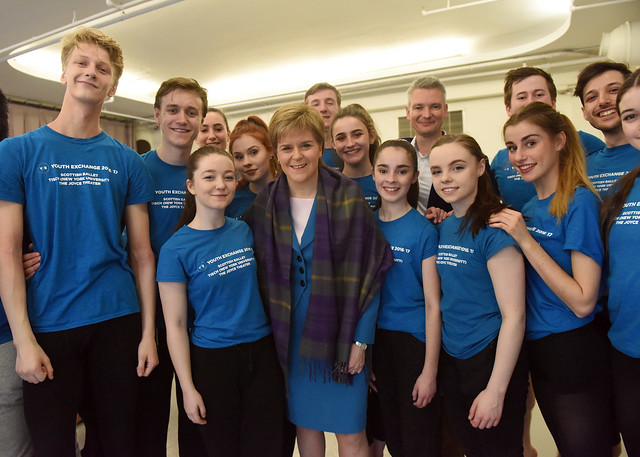 She then went to visit the American arm of Scottish firm Aberdeen Asset Management where she formally opened a new section of their New York office.

Celebrating #NationalTartanDay & our new floor in our NY office, we were honored to host the First Minister of Scotland, @NicolaSturgeon pic.twitter.com/PNGZqzTxK1

The First Minister also welcomed plans by Marriott International to open seven new hotels in Scotland and grow the number of rooms in Scotland by almost 75 per cent.

During a meeting at the company’s Smarthub, she met Kevin Montano, Senior Vice President, and Sarah Doyle, Director, Global Brand Manager, to discuss their intention to grow in Scotland over the next four years due to their confidence in Scotland’s strong economy and tourism sectors. 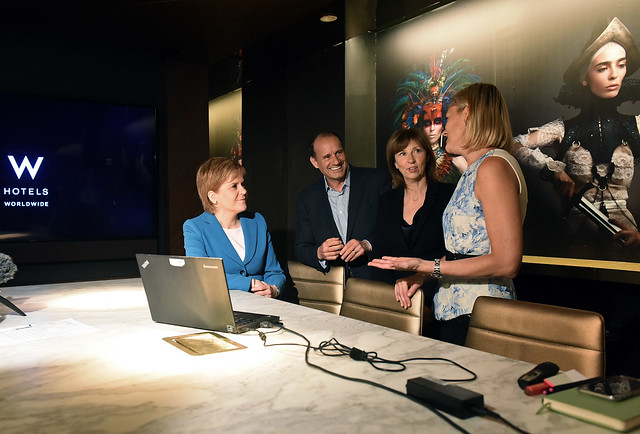 The First Minister also spoke at the Women in the World conference.

During a Q&A session with journalist Tina Brown, the First Minister discussed issues such as gender equality, climate change, and a second independence referendum.

.@NicolaSturgeon to little girls "Don't think that just because inwardly you might be terrified that you shouldn't do it" #WITW

After her speech, the First Minister had a very special meeting…

Snapshot of a real power couple! With @NicolaSturgeon and @HillaryClinton #WITW pic.twitter.com/NqnDJtxylq

Tomorrow, the First Minister will be at the Carnegie Hall to make a tourism-related announcement and visiting Flatiron, a digital skills academy, before flying home to Scotland.

Day three in the US

Day two in the US

First day of US trip