The New Year gave us the chance to look forward to a positive 2015 for Scotland – but it also brought us some difficult times to reflect on.

The tragic incident in Glasgow city centre reminded us again of how much we owe our emergency services and how much they do for us, especially at Christmas time.

My thoughts are with Pauline & her family at this extremely difficult time. Thanks to all who are caring for her. http://t.co/Zw6VWYyIjj

The First Minister’s Christmas started with a message about love.

The message was about making sure that children, young people and teenagers feel supported, cared for and loved. If our young people grow up feeling safe and secure they can go on to fulfill their potential. 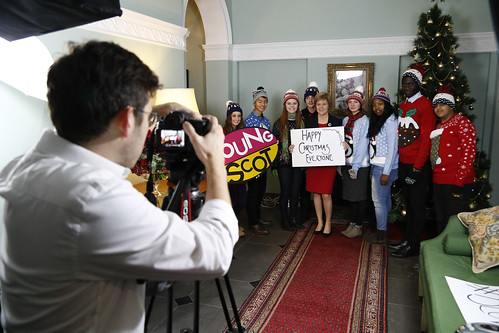 Our favourite job was installing a snow machine at Bute House!

The First Minister’s Christmas card was a 1970s vintage festive designwhich had survived the devastating fire at Glasgow School of Art earlier in the year. 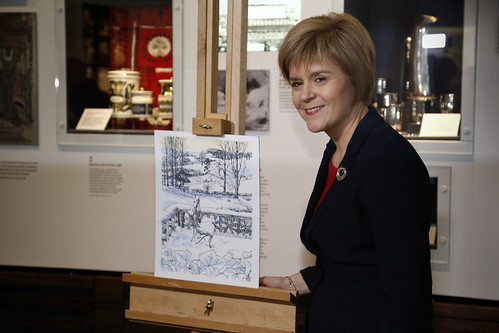 After launching the card at the school, the First Minister took the time to see the damage the fire had done to the Mackintosh Building. 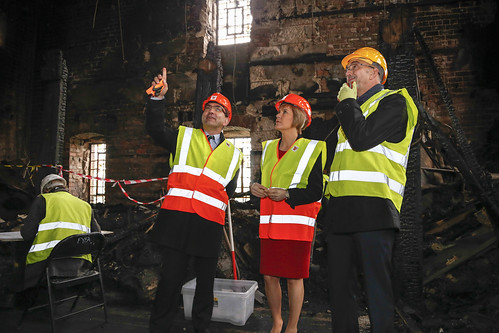 For the first time, the card will be available to buyand will raise money for the repairs to the building as well as other charities.

You can get your copy in time for Christmas 2015!

For her New year message, the First Minister visited the maternity unit at Glasgow’s Southern General Hospital and reflected on what the future holds for the babies there.

As the bells chime on Hogmanay, I hope that the spirit of empowerment that so lit up 2014 will guide us into the New Year. Let’s resolve not to slip back to business as usual.

Instead, let us harness the wonderful enthusiasm and engagement of 2014 and use it to build a fairer and more prosperous Scotland for these babies to grow up in.

We loved meeting baby Brian – one of the stars of our video! 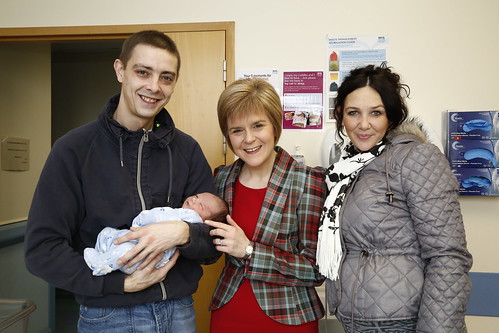 Nurses in the ward were also keen for a snap. Thanks for having us, guys! 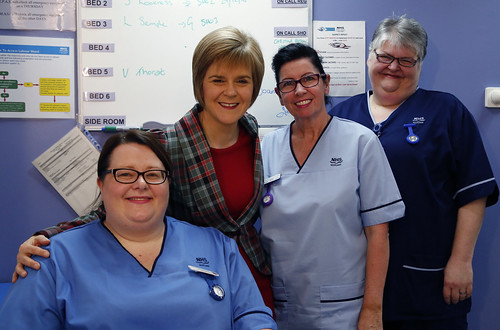