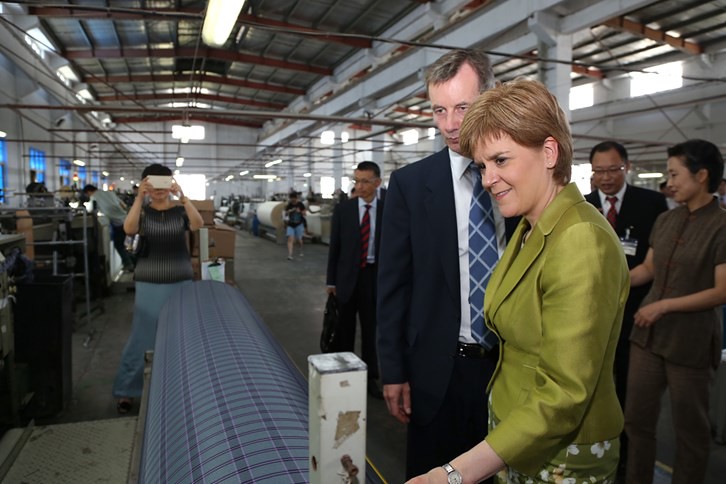 The First Minister opened a new Scottish factory for J & D Wilkie, marking a £3million investment by the firm that will safeguard 88 Scottish jobs and has the potential to double the J&D Wilkie positions in China. She is pictured with Bob Low, Managing Director of J & D Wilkie and with Glasgow University alumni Rivers He and Richard Lin in the tweet.

The Angus-based firm began producing jute and flax in Scotland in 1868 and has almost doubled production since it established operations in China eight years ago. 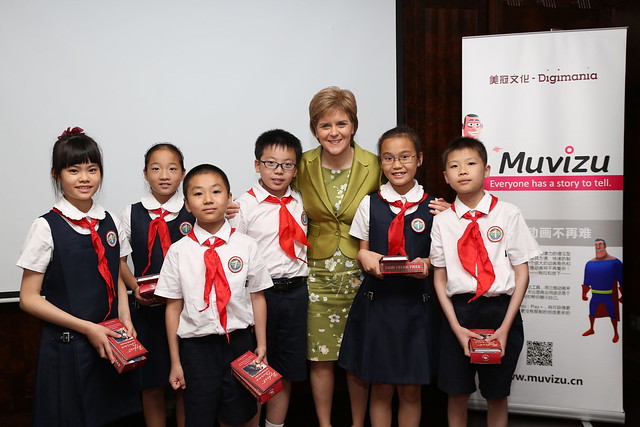 The First Minister also spoke at an event hosted by Digimania, where she saw Chinese school children using its educational software product Muvizu, a product designed to introduce students to the art of 3D animation in an animated construction game.  Digimania announced a 3D animation software training partnership with the Shanghai Arts and Design Academy, as well as a joint venture with Chinese partner Pikatoons at the event.