This morning the First Minister travelled from Shanghai to Hong Kong and while she was there she opened the Edinburgh Centre for Carbon Innovation (ECCI), as part of the fourth day of her visit to China and Hong Kong. 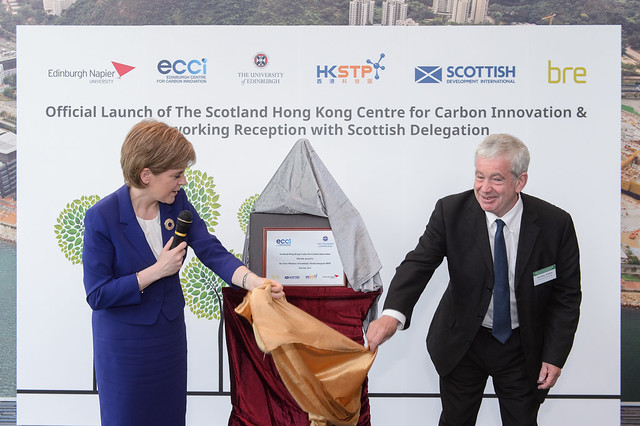 The innovation hub is a new Scottish low carbon knowledge exchange and ‘touch down’ office managed by the University of Edinburgh in Hong Kong Science and Technology Park. It will promote the adoption of low carbon and sustainable technologies in China, and strengthens relationships with Scottish business and universities in the area.

.@ScotGovFM says that @EdinburghUni is “leading the way” with its new low carbon research centre in Hong Kong http://t.co/EyFFa3h4zT

The University of Edinburgh has a world-class reputation and I’m confident that this relationship will help provide Scottish companies with a route into Hong Kong and, through its strong links with China, act as a gateway into China.