It was another busy day of meetings for the First Minister in Beijing today, as she continued her efforts to promote Scotland in one of the world’s largest economies.

First up was the Chinese Government and a meeting with State Councillor Yang Jiechi, who holds China’s most senior foreign affairs role.

During the meeting, the First Minister and State Councillor Yang talked about how Scotland and China can forge new partnerships in the areas of business, innovation and education. The First Minister also raised the importance of women’s rights and of lifting people out of poverty.

One of the guiding principles of our engagement with China is respect for human rights and the rule of law. During our meeting I shared the key message of my speech to the Chinese Friendship Association that women’s rights and human rights both in China and in Scotland are a fundamental part of achieving greater equality and greater economic growth.”

The First Minister also held meetings with the State Culture Department where the two nations renewed the cultural Memorandum of Understanding, first signed in 2011, committing Scotland and China to collaboration in the arts and creative industries.

EIF also signed an agreement to encourage further collaboration in the performing arts. Chinese artists will perform at the Edinburgh International Festival, the Edinburgh fringe and the Tattoo.

Later, the First Minister discussed the North Sea oil and gas industry with senior representatives from Sinopec, PetroChina and CNOOC – three of the world’s largest oil and gas companies and large investors in Scotland’s offshore industry. 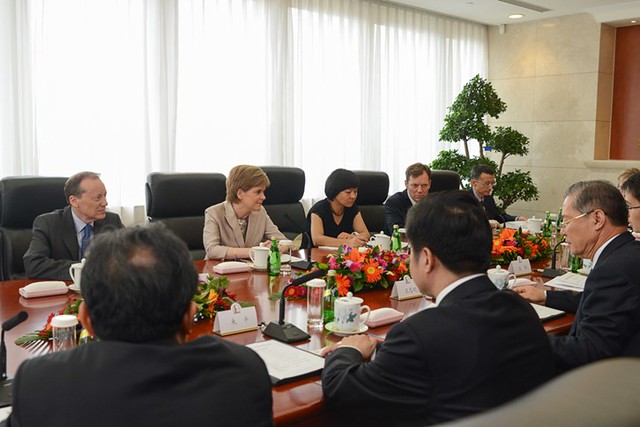 During the talks, the First Minister highlighted a recent Scottish Enterprise survey of more than 260 senior global industry figures which found that:  74 per cent believe Scotland is one of the world’s leading training grounds for the industry and 71 per cent think Scottish employees are some of the most dependable in the sector. 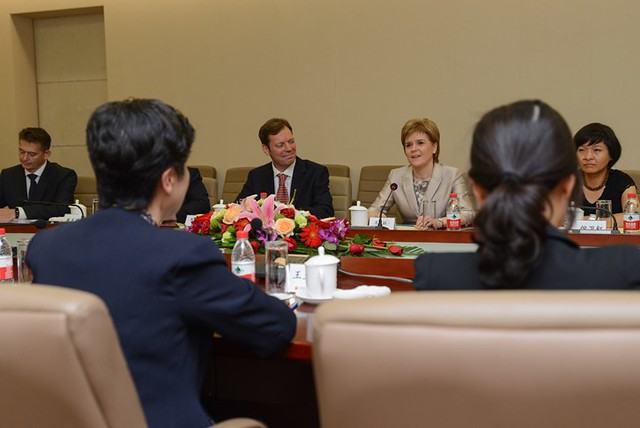 Scotland is a worldwide pioneer in the oil and gas sector thanks to our exploration and extraction work, and this is of huge appeal to countries all over the globe – including China.  Through our innovation and expertise, we have given so much to an industry which spreads the world – but we still have so much to offer.

Engaging with one of the world’s largest economies and explaining the quality and knowledge of our workforce is important if we are to encourage them to invest in Scotland.”

At the conclusion of her meetings the First Minister boarded the Bullet Train from Beijing to Shanghai, ahead of more business meetings in the city tomorrow.