The First Minister regularly holds meetings of her Cabinet outside of Edinburgh so people can raise issues directly with her and her top team.

This week the people of Inverness got the chance to have their say on how the country is run! 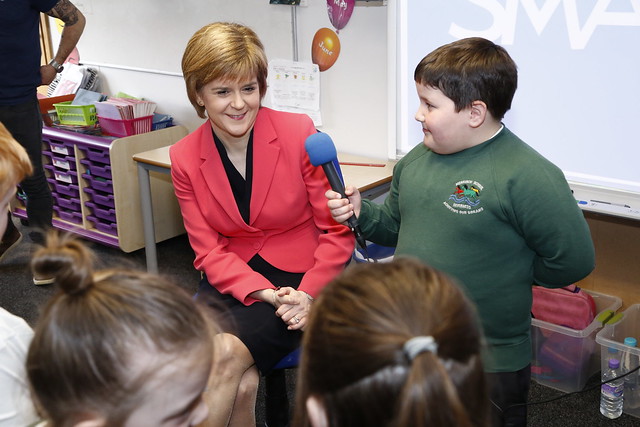 After the grilling, the First Minister went to Inverness Station to mark the launch of the new Caledonian Sleeper – a cross-border overnight train service. The new sleeper has seen a top design team give it a ‘dream overhaul’ into a tourist experience to rival the best in the world.

The First Minister also took the time to pose for photographs for the massed ranks of Highland’s trainspotters who had turned out to see the new train!

The First Minister then joined Rural Secretary Richard Lochhead and to serve up fresh local grub at ‘the Highland Bothy’ – a new ‘street food’ style way to promote local produce.

Finance Secretary John Swinney also joined a queue of kids for a helping of salad dished out by dinner lady FM!

Over 100 young people from across the north of Scotland joined the Cabinet and took part in a Youth Summit to give their views and help shape the future Scotland they want to live in.

The First Minister had the chance to speak to the young people and was overwhelmed by their ideas and enthusiasm.

Even if the selfie queue was so large it made the First Minister late for the Cabinet meeting! Whoops!

The First Minister then met the group who led the community land buy-out of Aigas Forest in Magnus House, the nearby education centre for the Aigas Trust, owned by Sir John Lister-Kaye.

FM met nine trainees who take part in the Aigas Ranger Training Scheme and got a tour of the beautiful surroundings.   From monitoring mouse nests to measuring trees they’ve covered it all – although the FM wasn’t so keen on the mice… 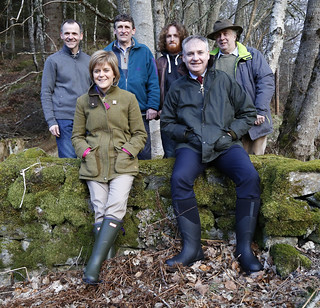 The First Minister and her team then took questions at the public discussion – over 300 people came to share their views.