The Brave@Heart Awards took place at Edinburgh Castle on 4 October to recognise acts of bravery by people from blue-light services, voluntary sector rescue organisations and the public.

The First Minister presented the awards to the thirty-five winners and two of the winners – Niall Blackburn and Geoff Maxwell – also received the St Andrew’s Award for exceptional acts of bravery. 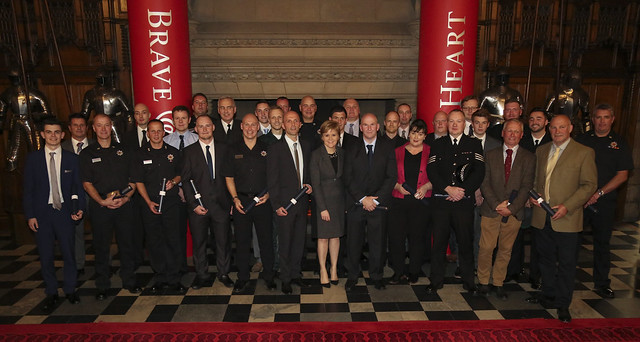 It is an honour to be able to present these awards to people who have shown extraordinary bravery.”

“Everyone who has been nominated for an award is a credit to Scotland and an inspiration to us all.”