.@Barclays are opening a new hub in Glasgow which will create up to 2,500 new jobs ? pic.twitter.com/6WNmdGQ61D

Commenting on the announcement, the First Minister said:

This is a project that will be transformational for Glasgow, creating up to 2,500 new jobs in the heart of the city.

“The new campus will strengthen Glasgow’s financial services sector and shows Scotland continues to be a highly attractive location for inward investment.

“I am particularly pleased that as part of this investment, Barclays has committed to employing local people who often face barriers into work, including those with disabilities and young people.” 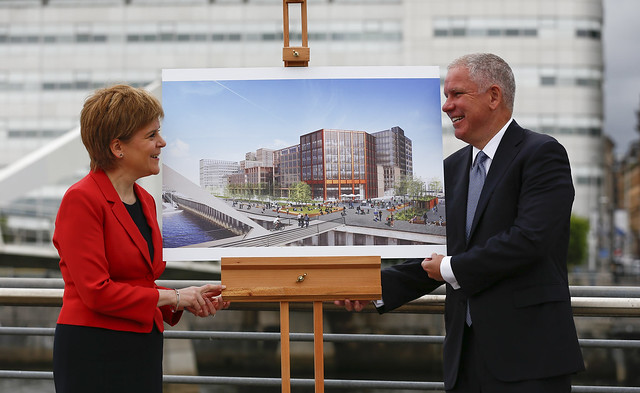