The First Minister is a strong advocate for equality and has committed the Scottish Government to tackle all forms of discrimination, including religious hatred.

As such, she recently met with representatives of the Anne Frank Trust to discuss the organisation’s work and achievements. 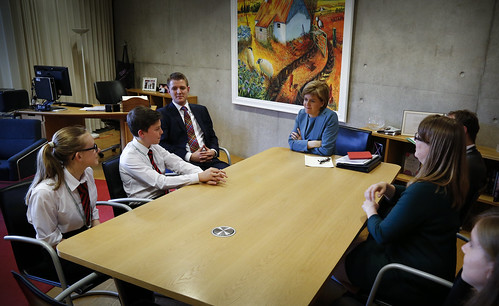 The Trust draws on the powerful story of Anne Frank’s life and diary to challenge prejudice and reduce hatred, and educate young people about the importance of having respect for others.

The First Minister spoke to the Trust’s CEO, Robert Posner, and listened to the experiences of two pupils – Lewis Hendry and Fiona Peat from West Calder Academy – who are working towards becoming Anne Frank Ambassadors. By sharing Anne’s story through leading exhibition tours, they are inspiring other young people to challenge discrimination. 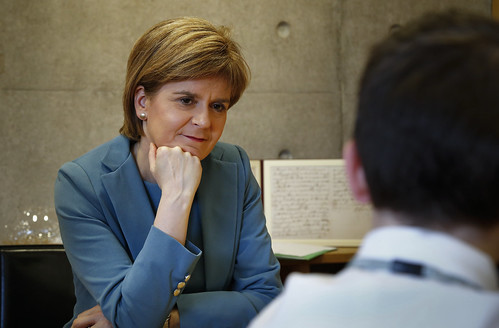 The First Minister then signed the Anne Frank Declaration to make a pledge on behalf of the Scottish Government, to join thousands of others in: 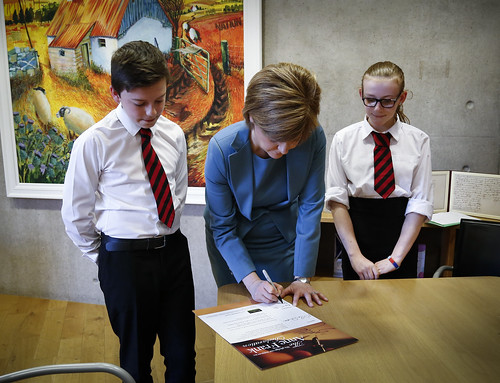 You can learn more about the Anne Frank Trust here: http://www.annefrank.org.uk/