A novel way to start reading

Every child could be set to become a library member under new plans announced today by First Minister Nicola Sturgeon. 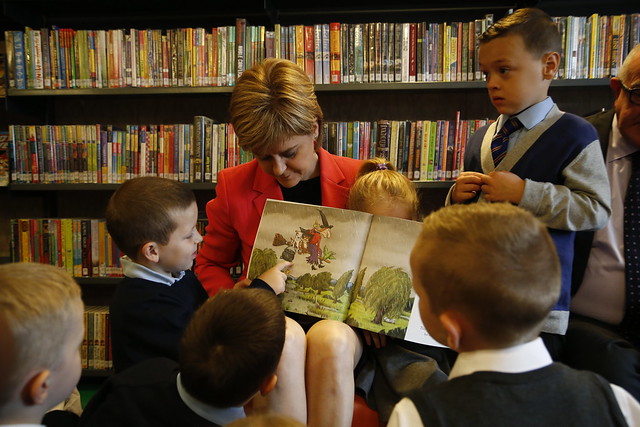 The First Minister joined new P1 library members at the Mitchell Library in Glasgow to take part in a reading group.

We chose 'Room on the Broom' for story time with new P1 library members #eclm pic.twitter.com/LBo3MK3LaR

The children are part of Glasgow Life’s pilot which will target 2,000 pupils in six areas with issues of lower literacy. They chose ‘Room on the Broom’ as their favourite story! 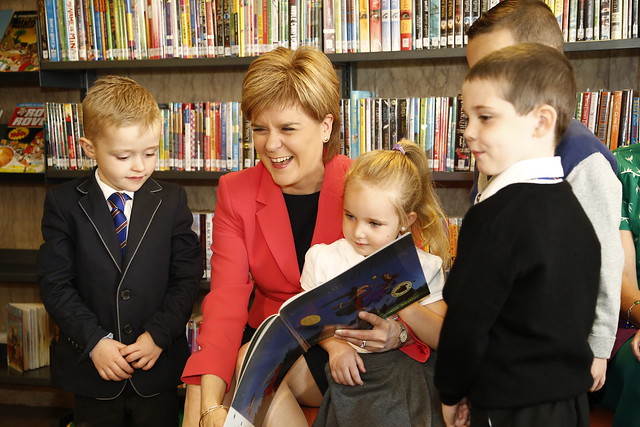 As well as this, from September 7, 2015, every baby registered in the Glasgow area will be given a library membership card by the registrar.

Pilot projects are being developed in every local authority area to introduce automatic library membership at birth, age 3 or 4 or in P1. 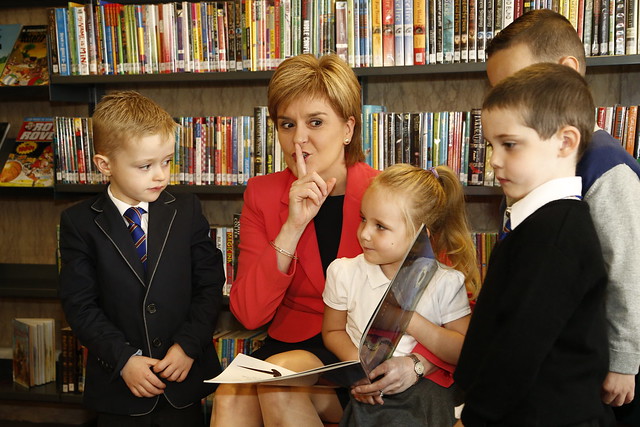 “Libraries can empower communities – often in our most deprived areas where we know that young people can have lower levels of literacy and numeracy.

“Access to books and learning materials will help us to make sure that every child has the opportunity to get excited about reading.”