A bold and ambitious BBC 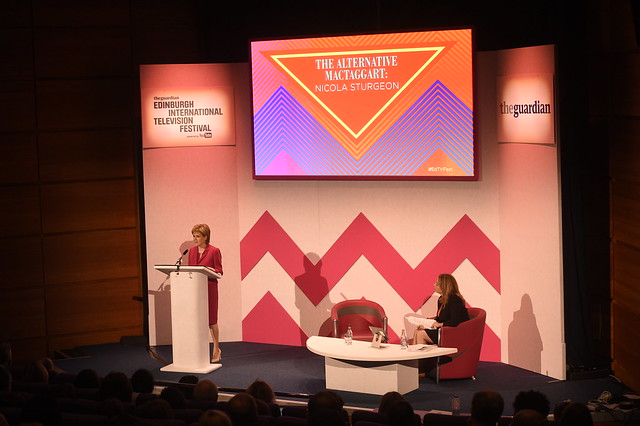 With the BBC Royal Charter is due to expire in 2016, Ms Sturgeon told the audience that the charter renewal process is an opportunity for a bold and ambitious BBC that better reflects the rich and varied political and social realities in the UK.

First Minister Nicola Sturgeon called for consensus on reform and said that the current financial landscape should not be a barrier to the BBC doing things differently. She set out a series of proposed reforms that the charter renewal process should consider:

The First Minister then took a question and answer session with Guardian Editor-In-Chief Kath Viner.

…we believe that a distinct BBC Scotland TV channel should be created – empowering BBC Scotland as never before. It would help to secure the sustainability of the independent production sector in Scotland, it would see more of the licence fee spent in Scotland, but more importantly, it would by some distance, be the best way of making a wider and richer range of content available to viewers in Scotland.”