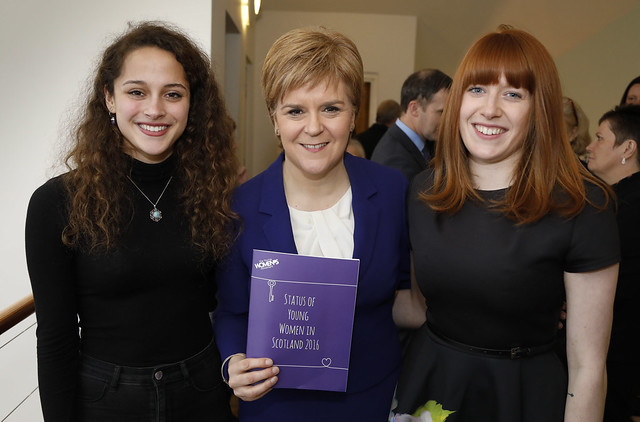 The First Minister joined women in a wellness class and saw first-hand the work that goes into helping them overcome a range of issues, including supporting survivors of abuse to rebuild their confidence and gain work skills.

The Domestic Abuse (Scotland) Bill specifically recognises the damage done by psychological as well as physical abuse and allows action to be taken against coercive and controlling behaviour towards a current or former partner.

“I am proud that, as a society, we’ve come a long way from believing that domestic abuse is only a physical act. The truth is that the psychological scars left by emotional abuse can have devastating effects on victims, and this government will work hard to make sure perpetrators face the justice they deserve.

“This bill will help our police and prosecutors hold abusers to account, but importantly, it also shows those who have suffered abuse that we stand with them and will take the steps needed to help them.

“I know that legislation alone will not tackle the scourge of domestic abuse, which is why support services like the one I visited this morning are so important. The YWCA, alongside ASSIST, Scottish Women’s Aid and many other groups provide a vital lifeline for survivors, and the brave women I met today are a testament to the strength their support can bring.”

The bill was drafted with support from those working with victims of abuse, including Scottish Women’s Aid and ASSIST.