The First Minister visited the Prince’s Trust this week on the same day the Scottish Government announced it was bringing forward new laws to tackle child poverty.

At the visit, she also announced the reappointment of Naomi Eisenstadt as Scotland’s Independent Poverty Advisor for another year.

About 220,000 children are officially recognised as living in poverty, and the new Child Poverty Bill will provide a clear way forward for delivering the Government’s ambition to eradicate child poverty.

The Prince’s Trust Wolfson Centre is Scotland’s biggest youth employment and enterprise hub. the First Minister and Ms Eisenstadt met young people benefitting from the services of the charity and participated in various team building exercises.

FM @NicolaSturgeon on the decks at @PrincesTrust Glasgow as she announces new Govt measures to tackle child poverty. pic.twitter.com/QKKDLnWNHo

Speaking at the Prince’s Trust, the First Minister said:

It is simply unacceptable that children are growing up in poverty and we must do all we can to tackle the inequality that still exists in 21st-century Scotland.

While we have made progress as a government through the child poverty strategy, it’s clear from feedback from my independent poverty adviser, Naomi Eisenstadt, and others that we must keep striving to do more, and we need to do more to enshrine our distinctly Scottish approach in law.

The consultation and Bill will allow us to refine our approach and ensure it best meets the needs of those who so desperately need it, and am delighted to announce it on the same day as I announce Naomi’s reappointment.”

“Her work has provided hugely valuable insight into our proposals in tackling inequality and given the Scottish Government a clear focus for going forward.

By repealing large parts of the Child Poverty Act 2010, including the income-based child poverty targets, the UK Government has signalled that they do not see child poverty and the incomes of poor families as priorities.

That is fundamentally wrong. With the introduction of this new legislation, the Scottish Government is sending the message, in the trongest possible terms, that we profoundly disagree.

We will be working closely with Naomi and others, including our ministerial advisory group on child poverty, to develop our proposals, reflecting the importance we continue to place on this challenge of protecting the most vulnerable in society.” 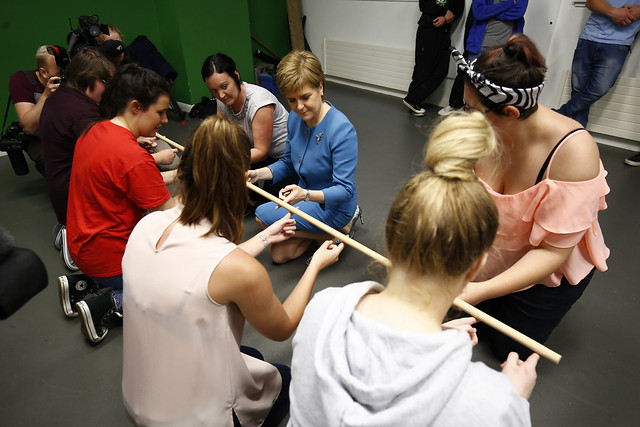 “Everyone in Scotland has a role to play in helping to eradicate child poverty and a new Child Poverty Bill is a positive, practical and constructive step forward which will place in statute Scotland’s welcome commitment to tackling child poverty.

This legislation will maximise the chances that all people living in Scotland lead productive and healthy lives.

We need to stop the cycle of poverty and prevent the next generation of young people being born into poverty.”