The Scottish Government, its enterprise agencies, and the food and drink industry are supporting delivery of the new food and drink strategy – ‘Ambition 2030’ – through a new £10 million funding package.

The strategy will target key markets, boost innovation, focus on skills, and support local producers – with ambitious plans to double the value of the industry to £30 billion by 2030. 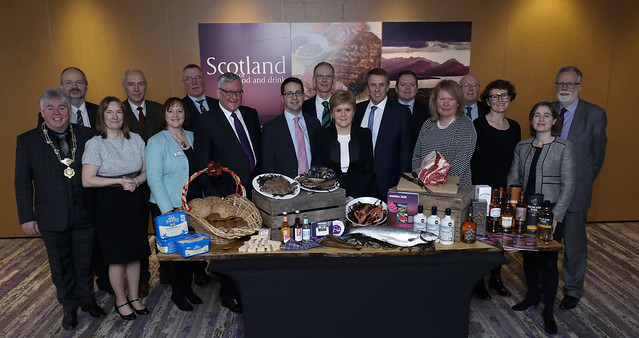 Scotland’s food and drink sector has enjoyed phenomenal success over the past ten years with unprecedented growth in turnover and exports, including food exports alone doubling to £1.5 billion.

Our nation is blessed with all the ingredients we need to achieve greater success. We have a fantastic natural larder, the skills and expertise, and the complementary strengths in tourism, innovation and research.”

The secret of success over the last decade has been a spirit of partnership between the industry, government and its agencies. This funding announcement demonstrates our collective commitment to deepen that partnership and take our work to a new level.”